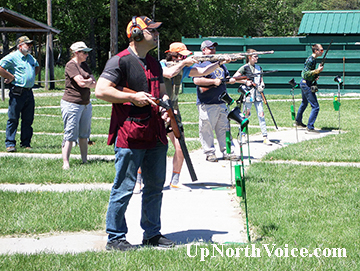 Mitch Koehn assigns starting positions to the next flight of shooters.