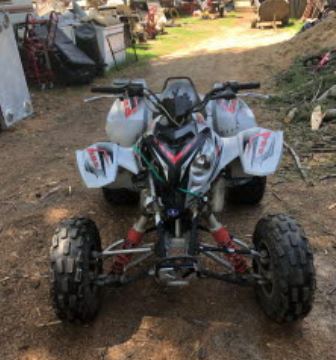 Roscommon County – The Michigan State Police (MSP) Houghton Lake Post investigated damage to a residence in Lake Township caused by a four-wheeler. Troopers were called to the residence on West Shore Drive on April 25, 2022, to investigate the crash. The homeowner reported someone riding a four-wheeler struck the home and fled the scene. The incident occurred on April 24th at approximately 3:00 p.m. Surveillance footage captured the suspect riding the four-wheeler on West Shore Drive.

A news release was sent out asking for help identifying the suspect. A deputy from the Roscommon County Sheriff’s Department contacted the MSP Houghton Lake Post. The deputy stated he had been dispatched to a civil disturbance and one of the parties involved told him 37-year-old Rob Scott Schmidt Jr from Gladwin was the person responsible for the damage to the home.