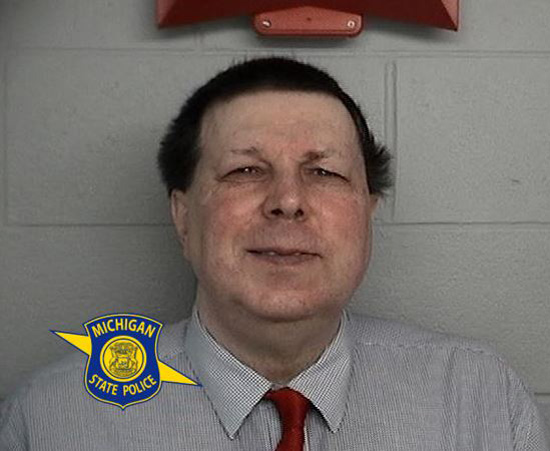 OTSEGO COUNTY – The Michigan State Police (MSP) Gaylord Post was contacted in February 2022, by MDHHS Adult Protective Services (APS) regarding a tip they had received about the medical and financial activities of a vulnerable adult. It was alleged the son of the vulnerable adult had been embezzling money and writing bad checks. The suspect, 64-year-old Karl Joseph David from Gaylord, was later arrested.

David had power of attorney for his elderly mother. It was alleged he was using his mother’s money and account to cover gambling debt. He had also written bad checks. Interviews were conducted and bank records seized. A report was submitted to the Otsego County Prosecutor’s Office. An arrest warrant was authorized on June 20, 2022. David turned himself in on July 7, 2022.

David was arraigned in the 87-A District Court in Otsego County on one count of Embezzlement from Vulnerable Adult over $1,000 but less than $20,000 and three counts Non-Sufficient Funds Check over $500. David was given a $10,000 PR bond. His next scheduled court appearance is on July 28, 2022.

Are your children up to date with their immunizations?