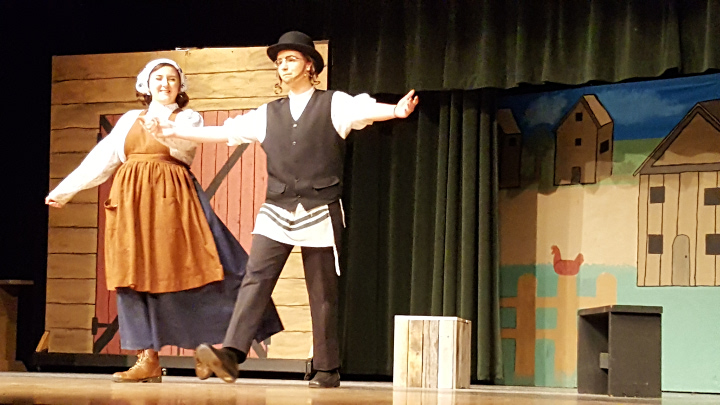 HOUGHTON LAKE – The Houghton Lake High School presented the musical “Fiddler on the Roof” Nov. 16-18. The classical musical, based on the book by Joseph Stein, was directed by Mr. Chris Sura.

The play was set in the small village of Anatevka, Russia in 1905 on the eve of the Russian Revolution. The story tells the tale of a man of tradition who is facing questions of change in family, marriage and life at the beginning of a political upheaval. Life, therefore becomes as the main character says, “shaky as a Fiddler on the Roof!”

The timeless play also included a host of talented area performers making up the orchestra, lighting and sound, vocals, costuming and choreography as well as the HLHS art department.