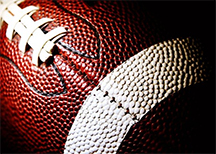 The Vikings are looking to snap a three-game losing streak against the winless Chiefs (0-4).

Grayling won its season opener, 43-0, but in their three-game losing streak the Vikings have been outscored, 123-69. However, they’ve proven they have the talent and ability to play with anyone on their schedule.

“Hoping we can get back on track this week,” Grayling coach Eric Tunney said. “Cheboygan has had some struggles. They’re trying to win their first game. I like the matchup, and I think we can score some points on ‘O’.

“Kingsley (a 41-20 loss) was a good precursor. (Cheboygan) runs the same style offense as Kingsley. So, there’s nothing new as far as changes defensive-wise.

“Obviously, we want to win games. But I haven’t seen a drop off in effort or attention to detail or anything like that despite us losing three games in a row.

“(We’re) teaching the kids how to bounce back, and fight through some adversity. Those are skills they’ll need far beyond football,” Tunney added.

The Chiefs have suffered two shutout losses, 46-0 to the Kingsley in their lid lifter and Traverse City St. Francis blanked them 49-0 last week.

Cheboygan gave Benzie Central a game, losing only 34-14 and the Chiefs also lost to Ogemaw Heights, 26-8.

But the Vikings aren’t dismissing the Chiefs out of hand. They can’t take anything for granted. They’re going in with a healthy respect for the Chiefs’ potential.

“They have some big boys,” Tunney said. “Big, stout guys. So, we’re going to have to play with good technique. Their quarterback is a good athlete, and he throws a good ball.

“It’s hard because he always seems to be under pressure. Hopefully, we can keep him under pressure, keep him bottled up. But he reminds me of the Benzie quarterback. That’s kind of worrisome, but we just have to do our jobs and try to contain him.”

Although they haven’t had as much success pounding the ball on the ground as Kingsley this season, the Chiefs will try to hammer away at the line if they can.

Tunney says the Chiefs like to use misdirection and try to trick the defense.

“If we’re undisciplined, they’ll have success,” Tunney added. “I think we’ve had another good week of practice. That’s the second week seeing this offense, so that certainly helps.

“I’d rather win games and learn those lessons. But sometimes you’ve got to learn them the hard way. I think we’re playing better ball. We lost the last three weeks, but I still think we’re getting better.”

Grayling is going to look to take advantage of its speed against the Cheboygan defense.

“They’re going to pack the box. We’re going to have to be able to throw the ball,” Tunney added. “The weather is starting to get a little colder now, and things like that, so we can’t let those outside factors influence us.

“Last year (when) we played them we had eight turnovers; I think. We ended up losing, 8-6. We can’t self-destruct, and we have to take care of the football, and make plays when we can.”

Since everyone automatically qualifies for the playoffs this season during the pandemic, it takes the pressure off needing to win to get in.

But the Vikings would like to have a two-game winning streak to carry into the playoffs.

“I don’t think our confidence as wavered much,” Tunney said. “We know how good we can be because we’ve seen it. It’s just that now we’ve got to sustain it. I like where our kid’s heads are at right now.

“If we play our style of game, we can get a win Friday night.”

Village of Roscommon Offices
9:00 am