HomeSportsTriple Crown to launch non profit; Will act in cooperation with Marathon
Sports

Triple Crown to launch non profit; Will act in cooperation with Marathon 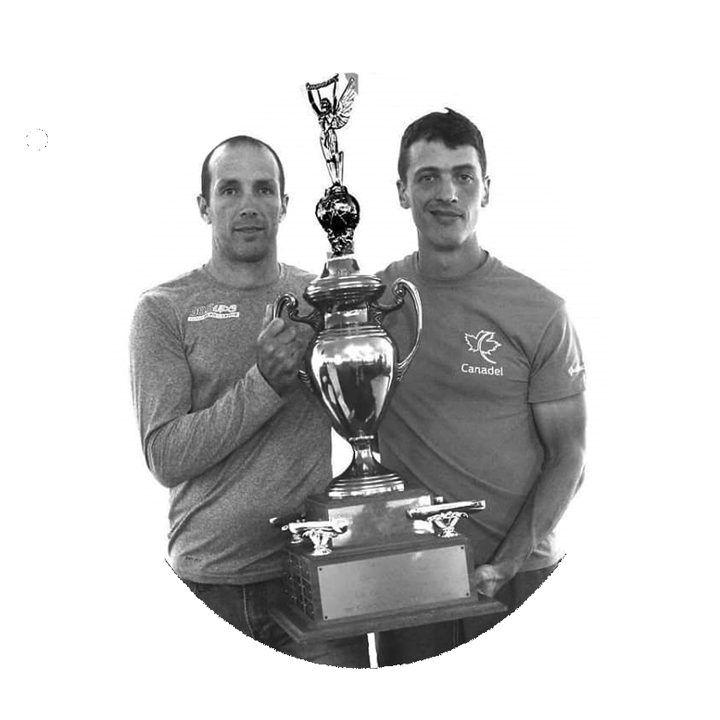 That type of coverage of the AuSable River Canoe Marathon is a little closer to reality, due to efforts to create a formal non-profit organization, The Triple Crown of Canoe Racing (TC), and its efforts to promote the three premier ultra-endurance canoe races in North America.

The TC was established in 1992 and recognizes the top performances by C-2 marathon canoe racers who compete at all three of the races.

Known simply as “The Marathon,” the AuSable River Canoe Marathon first ran in 1947. It is the longest, non-stop, canoe-only race in North America. The race has been billed as “The World’s Toughest Spectator Race” as many of the spectators follow the racers overnight down the full 120 miles to the finish.

The Marathon starts in Grayling in a LeMans-style start where teams run with their canoes to the Au Sable River entry point. They begin paddling non-stop throughout the night. In addition to paddling for 14–19 hours non-stop overnight, competitors must also portage around six hydroelectric dams along the course.

The other two races that are part of the TC include:

New York’s General Clinton Canoe Regatta. Held since 1963, the Regatta is 70 miles non-stop on the Susquehanna River on Memorial Day; and

Quebec’s Classique internationale de canots de la Mauricie. Held since 1934, the course is run over 120 miles in three steps on the Ste. Maurice River, from LaTuque, to Shawingan to Trois Rivieres (in the Mauricie region of Quebec, the area between Montreal and Quebec City).

Wakeley said the’Triple Crown’, which in the past has given participants in all three events a medal, has expanded the number of teams participating in each race. He noted that locally, the number of teams from outside of Michigan and the United States has increased since the inception of the TC.

‘In many respects the TC (without the benefit of the formal non-profit corporate structure) has already affected the image and participation in the marathon,’ Wakely said. ‘If you look at teams from other states, the numbers from the pre-TC days jump dramatically.’

The TC has also improved communication and cooperation among the three top marathon canoe races over the years.

‘It’s created good camaraderie between two American and the Canadian races, and that’s critical to any promotional effort.

‘If we can get a couple of large sponsors, it will get Grayling some super exposure, and enhance and make the event even bigger than it is,’ he added.

As part of the TC, a paddler advisory committee has been established to work with the board on improving the Triple Cown for the participants. Committee members include Serge Corbin (Quebec), Jeff Kolka (Grayling), Bob Zaveral (Zaveral Racing Equipment of New York); and Martin Gervais of Quebec, (president of the ACRQ – (Rabaska/R-9 racing).

TC Board Member Steve Southard emphasized the organization is not in competition with the AuSable River Canoe Marathon, but will compliment and enhance the efforts of the volunteers ‘who do an awesome job putting together the event each year.’

He said the TC will work with organizers of each region in an effort to attract major sponsorships, in addition to hopefully eventually recruiting an overall Triple Crown sponsor. Southard explained that, ‘If the group is able to achieve its goals and is eventually able to create a Triple Crown purse, the racers who compete at all three of the races will see a public-recognition and financial benefit from Triple Crown participation.’

Each race will also see a portion of the proceeds from TC merchandise sales. ‘It is important that each of these great races continue, succeed and thrive,’ Southard mentioned. ‘Three strong, successful races will contribute to there being a strong, successful Triple Crown of Canoe Racing.’

‘In time, we want to help grow the sport of marathon canoe racing through youth organizations and the schools, where kids may have the opportunity not only to learn how to paddle competitively but, also, construct their own paddles and canoes,’ Southard said. ‘Critical to our efforts is the promotion, protection and enhancement of the unique river resources and the communities where the races occur.’

Renowned free-lance photographer Erich Schlegel, of Austin, Texas, has agreed to join the Triple Crown corporate team as the Official Photographer. The photographic coverage by Schlegel, who has had photos published in USA Today, National Geographic, The Nature Conservancy, and many more, will ensure the race has the best still and video images available.

Wakely said exposure will help people to understand what canoe endurance racing is all about.

‘Many people, it seems, think of a canoe race as an event as something where people just throw aluminum canoes in the river and head out,’ he said. ‘But it’s so much more than that.’

Organization and planning discussions among the Triple Crown corporation and representatives of the three races is ongoing. According to Southard, ‘We hope to be able to make additional announcements in March. The concept of a highly-visible Triple Crown of Canoe Racing ‘roll-out’ press conference, staged in Montreal sometime during March, is under active consideration.’

For more information visit the Triple Crown of Canoe Racing on Facebook, or email contact@TripleCrownOfCanoeRacing.com.