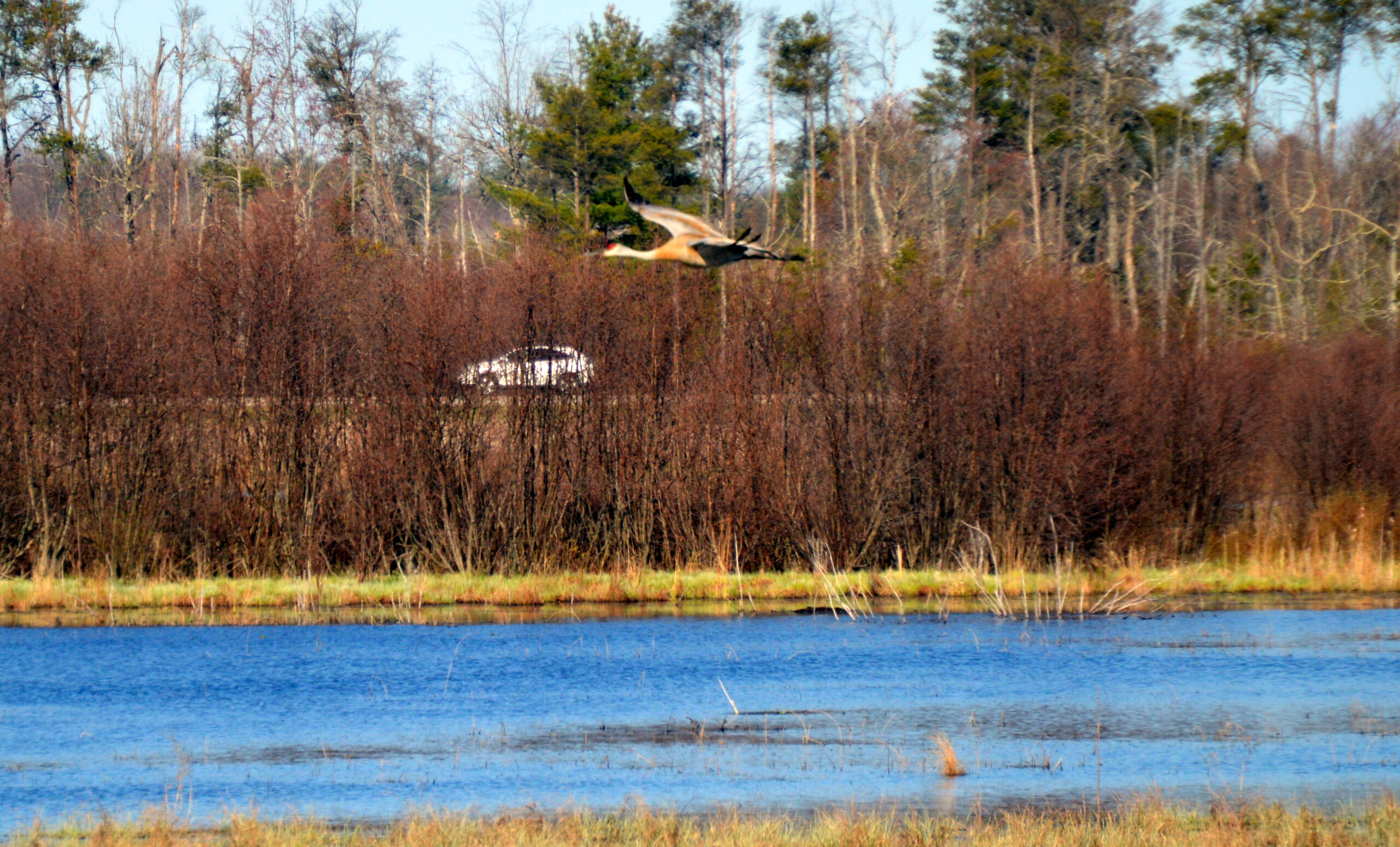 The group met at the Gazebo on the sunny Saturday morning. With cameras and binoculars in hand, they were surrounded by the sights and sounds of the watchable wildlife viewing area. After focusing on a young mute swan, who is just “visiting” the Flats according to Poppe, their attention was turned to the osprey that left a nesting platform (one of 11 in the flats) to dine on a fish on the landing perch. Between the rattling calls of sandhill cranes and honking of the geese, the area was literally reverberating with sound.

The Flats are located north of M-55 in Houghton Lake between 127 and Old 27. The land was obtained through mitigation for the highway, and is now one of nearly a dozen floodings in Roscommon Co. supervised and maintained by the DNR. It is home to many species of water fowl and marshland wildlife. The rare black tern that draws birders from afar will return soon. The former heron rookery, a popular site for photographers and birders, is now home to a pair of nesting ospreys.

The tour highlighted the wonderful natural habitat that abounds in Roscommon County. It was one of the birding tours that is a part of the Michigan Waterfowl Legacy, a 10-year, cooperative partnership to restore, conserve and celebrate Michigan’s waterfowl, wetland and waterfowl hunting community. Radtke said the funding for DNR oversight of the wetlands comes from the fees for hunting licenses.

According to Boersen, the osprey platforms in the Flats were essential to the comeback of the large raptor, also called a ‘fish hawk,’ that began disappearing from the Great Lakes region due to use of DDT and other pesticides. Single eggs were taken from some of the Houghton Lake nests and placed in lower Michigan. The result has been an ever-increasing population of ospreys in southern Michigan.

Kirtland’ Warblers are moving from Recovery to Sustainability