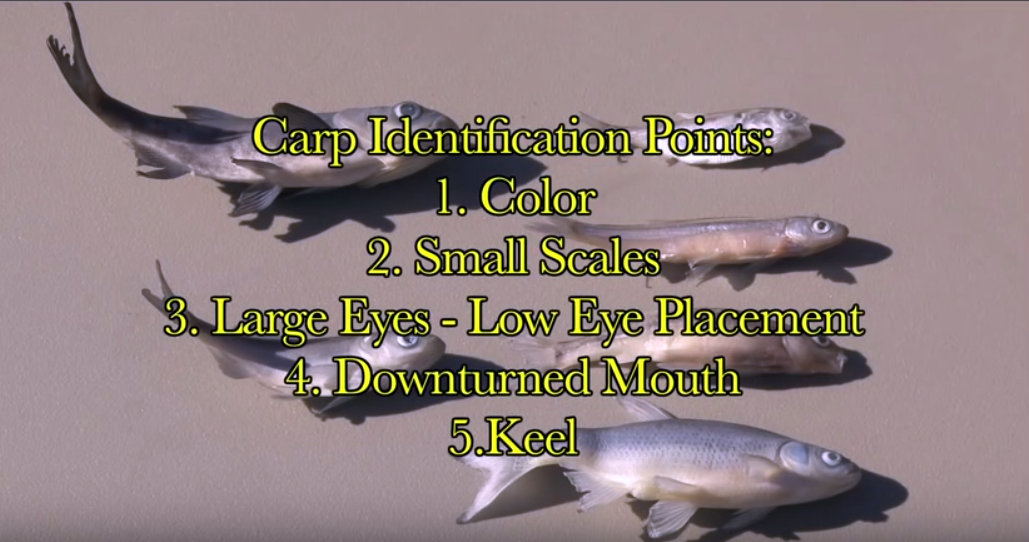 Comments accepted by mail, online or at Sept. 14 public hearing in Muskegon

The Michigan Department of Natural Resources is encouraging state residents to review the recently released Army Corps of Engineers plan for stopping invasive carp (also known as Asian carp) from entering the Great Lakes basin. Residents who want to share their thoughts on the plan can do so online at the report site, attend a Sept. 14 public hearing at Muskegon Community College or mail their comments by Oct. 2.

‘Preventing invasive carp from entering the Great Lakes, its tributaries and inland lakes is one of Michigan’ most critical priorities,’ said Tammy Newcomb, the DNR’ senior water policy advisor.

‘The release of this plan is a vital step forward in protecting the Great Lakes from invasive species that threaten fisheries, recreation and tourism,’ Newcomb said. ‘We’re asking Michigan citizens – including recreation enthusiasts, anglers and anyone who values this irreplaceable natural resource – to give the report thoughtful review and share your opinions about the plan.’

The Corps last month released its plan that identifies an array of potential strategies to block Asian carp at the Brandon Road Lock and Dam on the Des Plaines River in Joliet, Illinois. The Tentatively Selected Plan would cost an estimated $275 million and include such activities as the installation of underwater sound equipment, electric barriers and other measures.

The invasive bighead and silver carp pose a significant threat to the Great Lakes ecosystem, the region’ $7 billion fishery, the basin’ $16 billion boating industry and other economic interests dependent on the Great Lakes and its tributaries. Silver and bighead carp are likely to compete with native and recreational fish species and are known to quickly reproduce. Silver carp also are known for their jumping abilities and potential to cause serious harm to boaters.

Newcomb said that because the adult population of bighead and silver carp is immediately below Brandon Road, the Brandon Road Lock and Dam marks a critical pinch-point where the migration of invasive carp must be stopped.

‘We want every Michigan resident to understand the real and substantial threat invasive carp pose to the economy and the ecology of the Great Lakes, and to understand the magnitude of that threat,’ Newcomb said.

‘The U.S. Army Corps of Engineers plan lays out a series of technological solutions that can and should be taken to stop the relentless advance of this aquatic invader.’

As part of a public comment period on the plan, the Corps has scheduled:

The report can be viewed and comments made at http://glmris.anl.gov/brandon-rd. Comments also can be mailed to U.S. Army Corps of Engineers, Chicago District, ATTN: GLMRIS-Brandon Road Comments, 231 LaSalle St., Suite 1500, Chicago, IL 60604. Comments must be postmarked by Oct. 2.

For more information about the threat invasive carp pose to Michigan and the Great Lakes basin, visit the DNR website www.michigan.gov/invasivecarp.