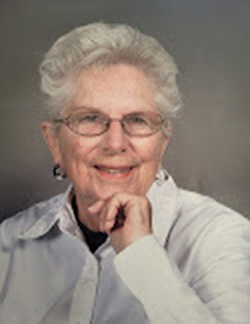 Marion Doris Post, age 96, passed away on November 4, 2022, after a six-week battle with cancer at the Medi lodge of Sterling. She was born on October 30, 1926, in Detroit, Michigan. She was the only daughter of Frank and Marie (Psuty) Petroski. Marion graduated from the old girls Catholic Central in Detroit, Michigan. She worked for the Navy Department during the war for 14 months. Marion worked for the Houghton Lake Heights Post Office from 1964 until her retirement in 1984. Marion and her parents moved to Houghton Lake Heights in 1945 after buying the former Northern Bar also in the Heights. While helping out in the bar Marion met one of the employees and took a liking to and his name was Russell (Bud) Post Jr. A year later they were married on September 28, 1946, in Midland, Michigan. Together they had two children, Russell Post III of the Heights and Pamela Feighner of St. Johns.

We would like to mention one special person, Camille, who solved the almost 50-year mystery of what happened to Marion’s brother Bob’s plane that fateful day of June 22, 1944. Thank you, Camille, for giving mom peace.

According to her wishes cremation has taken place and a memorial service may be held at a later date. Arrangements have been entrusted to Lee-Ramsay Funeral Home-Gladwin Chapel.