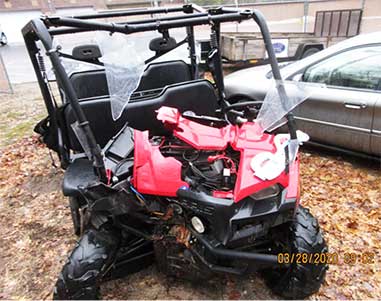 According to Gerrish Township Police Department statements, the incident occurred about 11 p.m. in the Northeast part of the township. The driver of the ATV, a side-by-side Polaris, failed to stop for a “stop” sign and crashed into a tree on the North Side of the road.

The woman and another man were treated and released from Munson Hospital – Grayling; and the condition of the fifth occupant remains unknown at this time.

Speed and alcohol are suspected as contributing causes in the accident, which is still under investigation.

, based at 709 Lake Street in Roscommon.