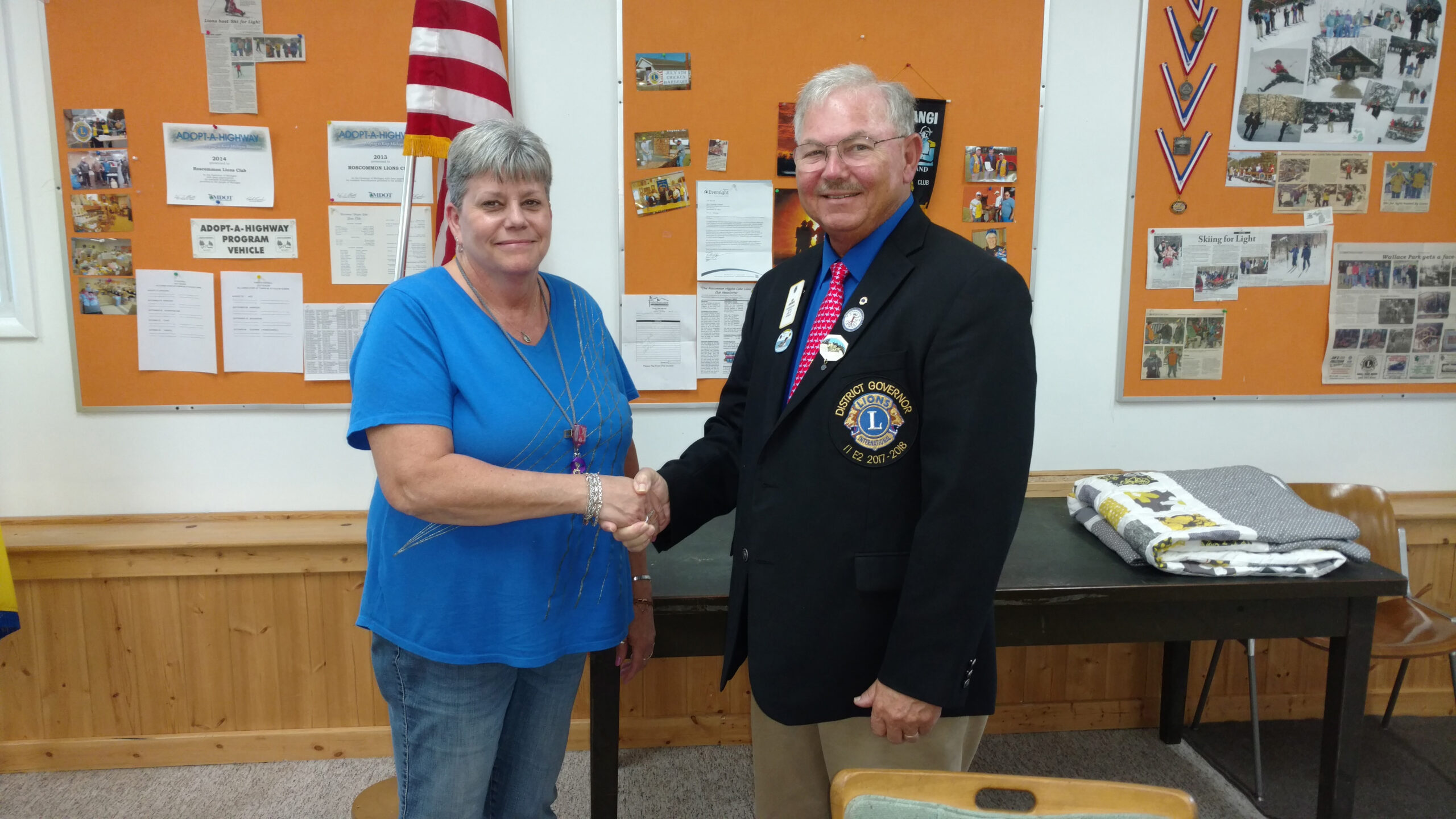 ROSCOMMON – There have been a number of ‘firsts’ across Roscommon County in recent years. Anna Sylvester being named Zonta District 15 Governor. The Houghton Lake Rotary raising a club-record amount of money in their annual auction.

And now, Janelle Legg of Roscommon has been elected president of the Roscommon-Higgins Lake Lions Club.

Legg, a member of the club since 2012, replaced outgoing President Brian Brown at the June 20 meeting. She is the first female president in the history of the club, initially formed in 1975.

Legg said she appreciates the faith the members has in her.

‘I’m glad to do this,’ Legg said. ‘When I first started in the Lions club, I never figured I would get through the ranks and make it up to president. I’m nervous, but I will do the best that I can.’

Women were first admitted as full members to Lions International on July 5, 1987. It was the first fraternal organization to accept women to its ranks. As of 2013, women comprise a quarter of all Lions members.

Legg said she never saw herself in this role, but is committed to making the upcoming year a positive experience for her and the club.

‘I hope people will look at this a different way. We are all equal in what we can offer our community. And this might be a step that will encourage other women to accept leadership roles.’

The Roscommon Lions Club meets every first and third Tuesday at its clubhouse, located at 450 S. Fifth Street. For information about the club, contact a member or visit its Facebook page at Roscommon-Higgins Lake Lions.