Grayling’ matchmaker for pets and people 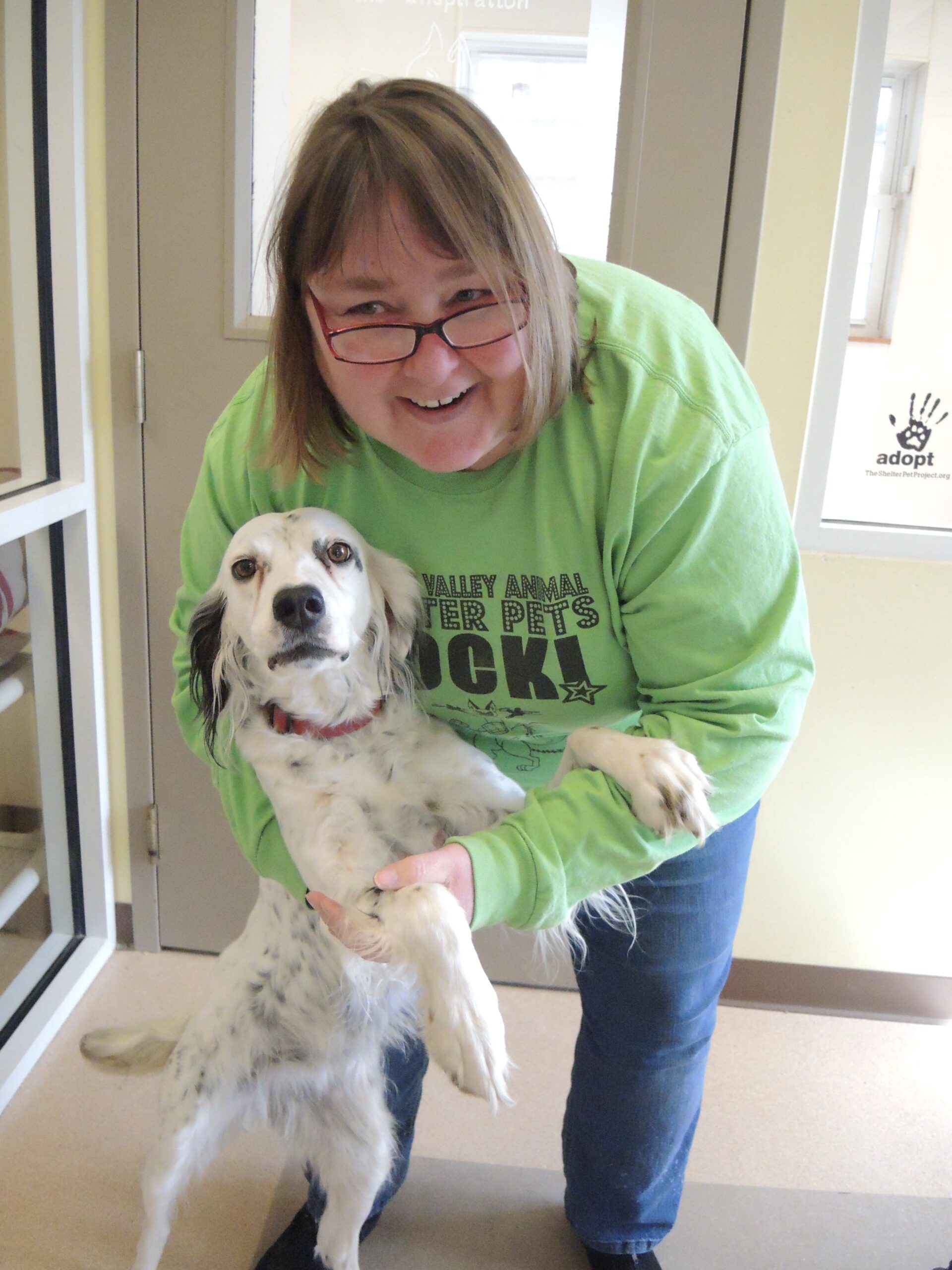 EAST JORDAN – Animals have always been a part of Cheryl Postma’ life. Growing up in East Jordan, her family had livestock, and also took in strays.

‘My parents lived off the land. They were hippies when being hippies wasn’t cool,’ laughs Cheryl. ‘We finally got a phone when I was in high school.’

It was those formative years among animals which shaped Cheryl’ life however. She feels comfortable around all sorts of animals.

That is likely why she was chosen to be the shelter director at the AuSable Valley Animal Shelter in Grayling in 2007. It is a job she truly loves.

‘It strengthens your heart when a dog comes in and needs something. You can give it to them and send them off to a life they would have never had otherwise.

‘It’ very humbling to be able to make life better for people and animals. And sometimes you must be the wall. That’ a hard place to sit, because even though that person did something wrong, you’re not there to judge them. You don’t know their circumstances.

‘Other times it’ gratifying to be the wall. You know that dog is safe.’

Cheryl is thankful she can be part of rescuing animals from abusive situations. They currently have three dogs waiting to be released to the shelter after their previous owner abandoned them, leaving them locked up.

She knows the animals at the shelter well also. The staff is looking for a home a dog named Sugar which has heart issues. It needs a home where it will not be left alone all day. Sugar will need to urinate before the owner gets back from work.

Animals remain a large part of her life at home as well. Goats, chicken, ducks and dogs are part of her home life, besides a daughter, Emma, 21, and a son, Eddie, 18.

When not working, Cheryl enjoys gardening at home.

‘I have a small greenhouse and garden. So, I like to putz around.

‘I also enjoy reading a lot, mostly fiction. Lately I’ll reread stuff that I read 10 years ago, if I loved it. I’m just finishing the last Harry Potter book again.’

She also enjoys traveling. Her most recent trip was a two-week trip to Ireland.

‘When you travel, you meet people from such different backgrounds and you find out you have so much more in common with them. And you realize that globally we are all a lot more alike than we are different.

‘On the plane to Ireland, I met this couple from Dubai. They’re just the sweetest people you ever met in your life. They are really, really kind and loving people.’

Cheryl says what she appreciates about living in Grayling the most is also the people.

‘The people of Grayling are incredibly real. They’re honest people. They’re not putting on an act for you, pretending to be something they’re not.

‘You don’t always agree about stuff, but they’re going to love you anyway. You need each other too much in a small town. You can’t slam the door.’

In a time when it seems difficult deciding who to trust, Cheryl finds there are plenty of people (and animal) who are trustworthy still walking around on this planet in general, and Grayling in particular.