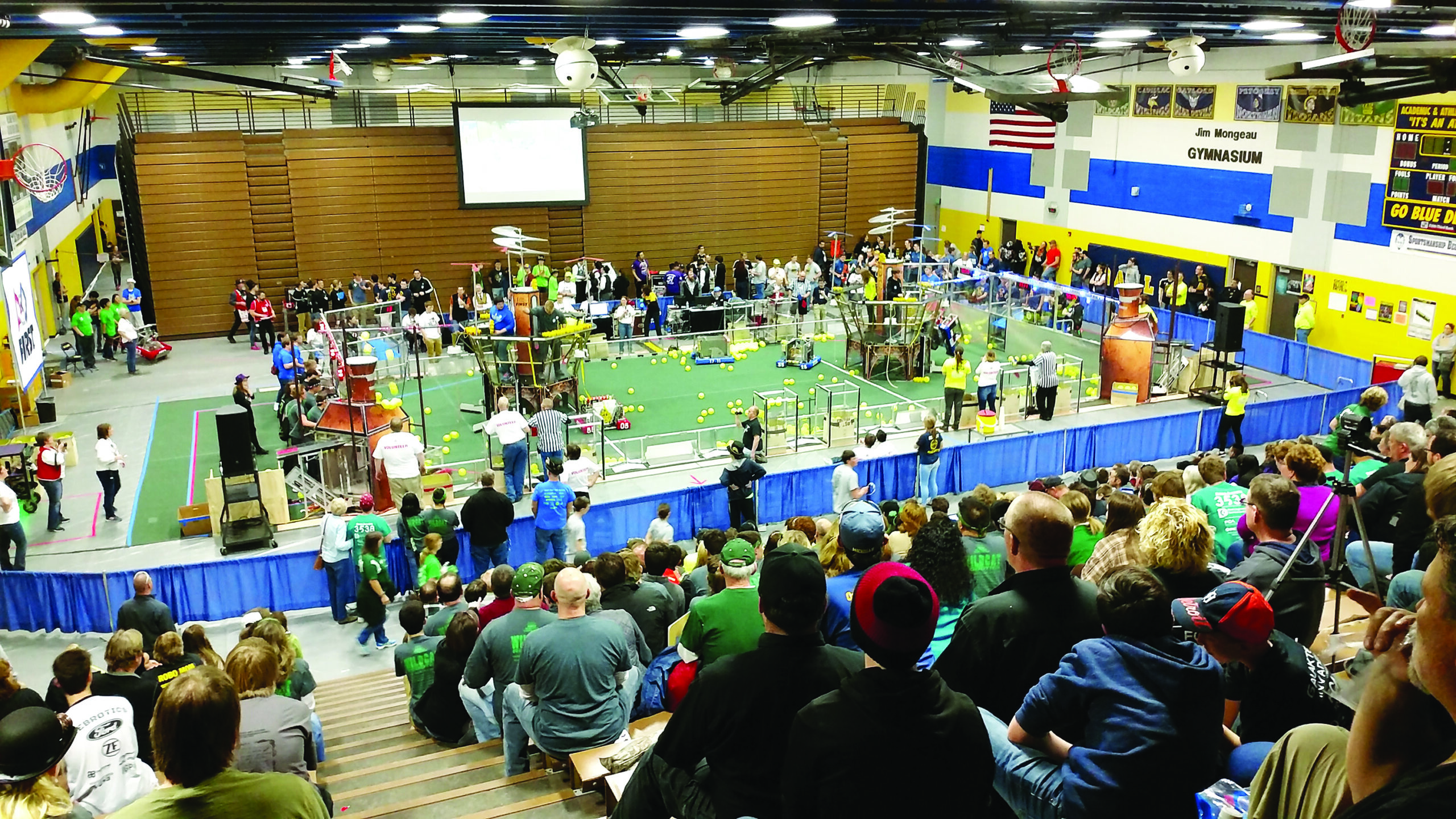 GAYLORD – FIRST robotics held a competition in Gaylord March 16 – 18 with 40 teams competing. Among these teams were the Grayling RoboVikes #6121, CHA #6649, Houghton Lake Robocats # 6552 and Roscommon RoscoBots #6074. Teams had to build and program their robots to perform tasks such as placing gears onto a ‘ship’, collecting wiffle balls and shooting them into a ‘boiler’, and climbing a rope.

The RoboVikes placed the highest of the local teams making it into the elimination round.

‘The team played well, with a 7 win-5 loss record in qualification matches; this put us in 12th position overall out of 40 teams, and we moved up to be the 8th alliance captain for elimination rounds,’ Lead Build Mentor Rick McBride said. ‘In the first elimination round we lost to the 1st alliance in close matches. The 1st alliance went on to win the overall competition.’

<span “=””>’The team is pleased with our play and have some improvements planned for our next competition April 6th and 7th in Traverse City. You can count on an even better result there!’ he added.

According to Darrell Partenio, RoboCats mentor, they started strong but ran into problems.

‘The RoboCats started off strong, but soon ran into mechanical problems with a smoking winch motor. We also ran into some programming issues, but we were able to bring it back together by our last qualification round. We are looking forward to our competition in Traverse City in April,’ Partenio said.

RoscoBots mentor Ric Rothney is looking for more help with their team.

‘As a team, we are improving our standings at competition,’ Rothney said. ‘After our competition season ends in April, we will be recruiting new team members and planning robotics related activities for the end of this school year and into December of next year.

‘Our team still would like to take advantage of local community members who would like to function as mentors and advisors for all aspects of the team. Those include technical (electrical, coding, design and mechanics), communications, leadership, management, funding, accounting and artistic/creative aspects of being a well-rounded robotics team.’

Charlton Heston Academy and Roscommon will be also participate in Traverse City for another round of competition.