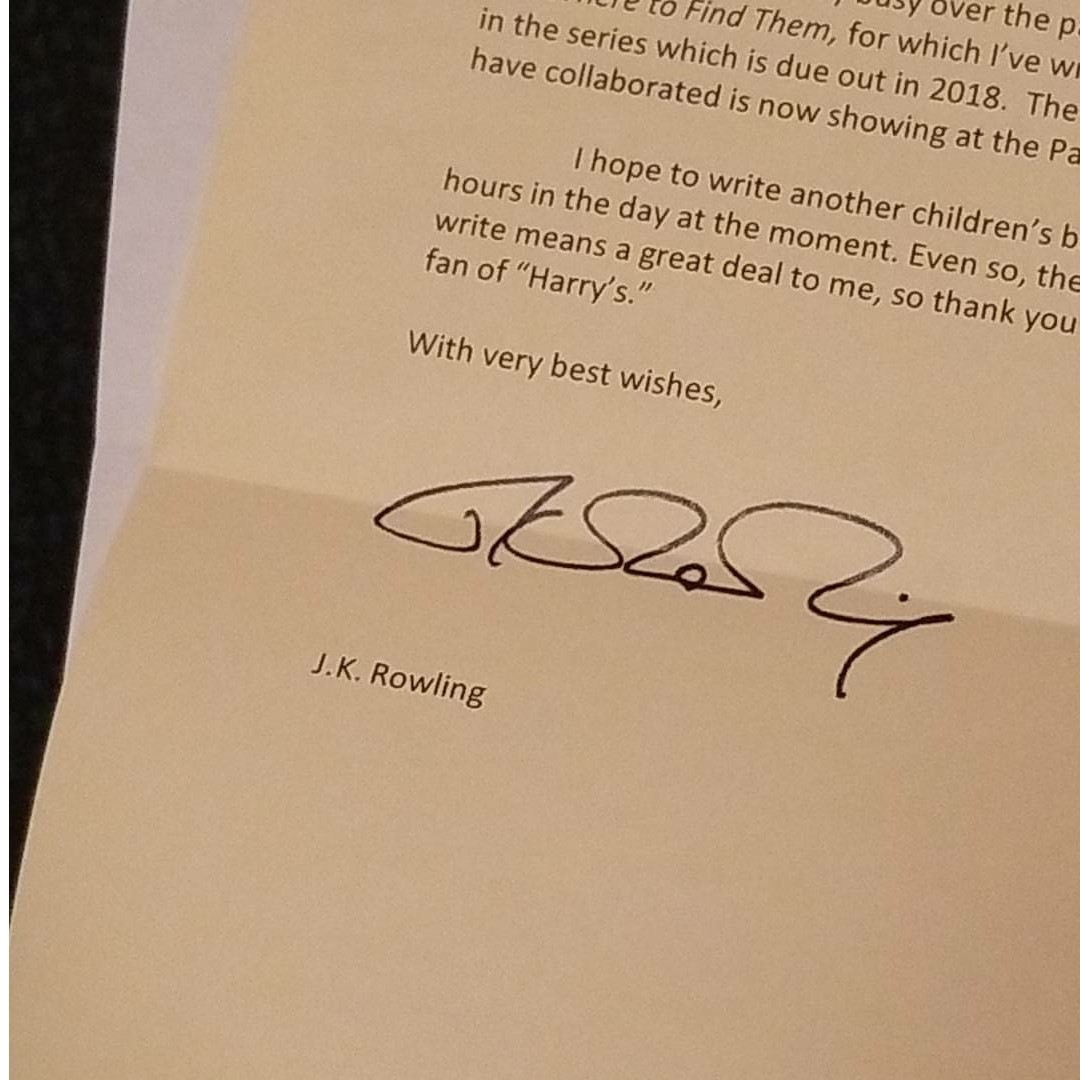 ROSCOMMON – What started out as blackmail ended up with Jacklyn Wintersheimer receiving a letter of a lifetime.

Last summer, Jacklyn’ friend, Madison Elliot, told her she wouldn’t talk to her until she read the Harry Potter series of books.

Jacklyn searched the nearby libraries, but was unable to find the first few books in the series. It wasn’t until she visited her uncle in Ohio that she was able to start reading. And once she started, she didn’t stop.

‘I read all seven books in a week and a half,’ Jacklyn said. ‘I fell in love with them!’

‘I had written some fanfiction before, on The Outsiders,’ she said. After posting it on the web, it received over 40,000 views.

Fanfiction is when a writer takes characters or settings from an original work of fiction, and writes a new piece. According to Wikipedia, fanfiction is rarely commissioned or authorized by the original work’ creator, and is rarely professionally published.

Jacklyn wants to cross that barrier.

‘Once I read the Harry Potter series I thought it would be cool to write about Harry’ dad while he was at Hogwarts with his friends.’

She wrote British author J. K. Rowling at the end of August and explained how she had read the books and how she wanted to write about James Potter (Harry’ dad) and his time at Hogwarts, the School of Witchcraft and Wizarding. She told Rowling she would love to collaborate and write the book with her.

After sending the letter off, Jacklyn didn’t expect to hear back until January or later. To her surprise, her dad met her at the door one day in September with a letter from England.

‘I couldn’t believe it! I read it four times.’

The letter explained that Rowling thought it was cool that there were still Harry Potter lovers out there, and that she wants to do another book, but she is too busy right now.

So, Jacklyn started on her fanfiction story without Rowling, and will write her again in February with an update.

‘My goal for this is to go to London, meet her (Rowling), and write with her,’ Jacklyn said.

Jacklyn has the outline of not just one book, but for many based on James’ life.

‘I have one planned for each school year, and an eighth one for after his graduation,’ Jacklyn said.

To come up with ideas for her books, Jacklyn read all of the Harry Potter books again, jotting down everything that had to do with James and his friends. She also scrounged everything she could from others’ fanfiction to see what the masses are accepting and saying about the subject.

Highly organized, Jacklyn has each chapter in a different color and font on her laptop, which she carries with her at all times. It contains not only the Potter book, but five other books that she is also writing.

‘When I have any free time, I’m writing,’ she said.

She wants to be a veterinarian and plans to go to Ohio State for veterinary school and minor in writing.

‘I’m a big fan (of Ohio State),’ Jacklyn said. ‘I’ve done my research, it’ the number four school for vets,’ she added.

Jacklyn lived in St. Helen from when she was born until she was about 2 -+ years old when her family moved to Roscommon with her parents Christine and Russ Wintersheimer. She is the oldest of three kids and attends Roscommon High School where she plays basketball and is a member of the band where she plays the alto sax, flute, and steel drums.