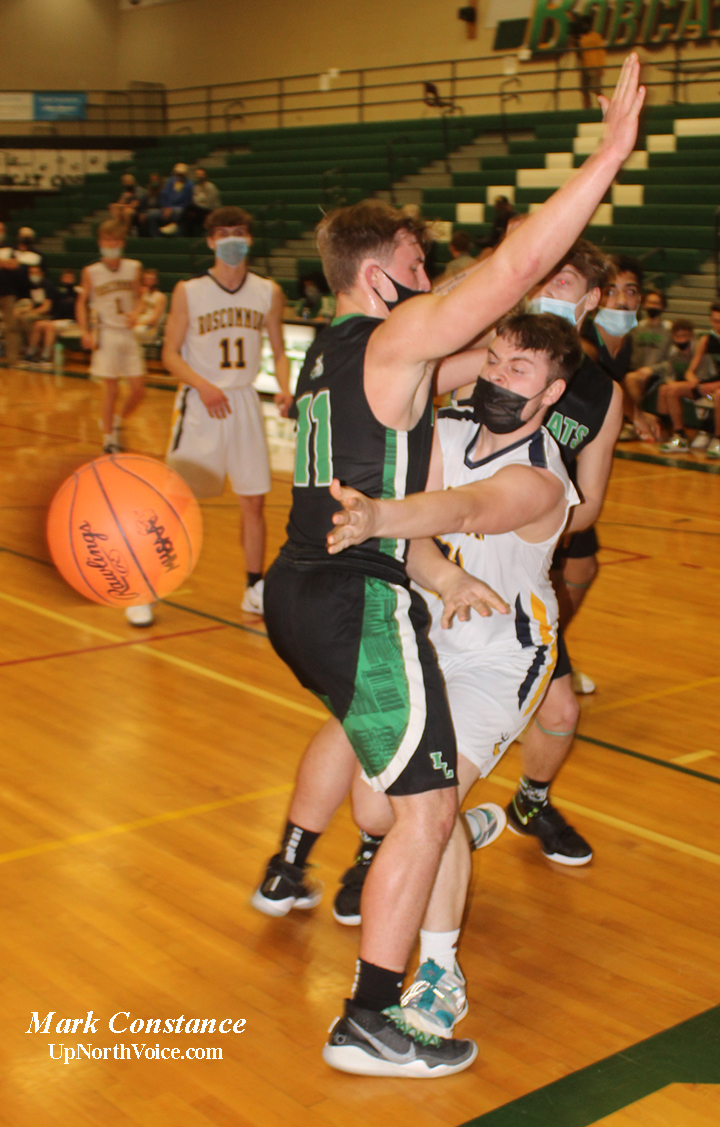 “I am so proud of the kids for grinding out the win tonight. Houghton Lake took it to us in the first half, and we didn’t have much of an answer.”

Ewald said Hamp and Meigs hit some tough shots, and their defense forced the Bucks into too many mistakes. But going into halftime down 28-21, Ewald said the kids’ mindsets were good as the team held the Bobcats scoreless for the second half, outscoring Houghton Lake 23-14.

“We made some adjustments and fought our way back. Senior Logan Roth was outstanding in the second half. He attacked the rim well, scoring on a run out after an Ewald steal. We also had strong play from Senior Jackson Strickler who played tough ‘D’ despite being in foul trouble.

“What I’m proudest of is how the team handled themselves after a rough first half. They just kept fighting and believing that we could come back. Until yesterday morning, we had not been together for practice since March 8 or a game since March 10.

“Our first practice was a shootaround/walkthrough yesterday morning. I’m so happy for this group that we get at least a couple more days together.”