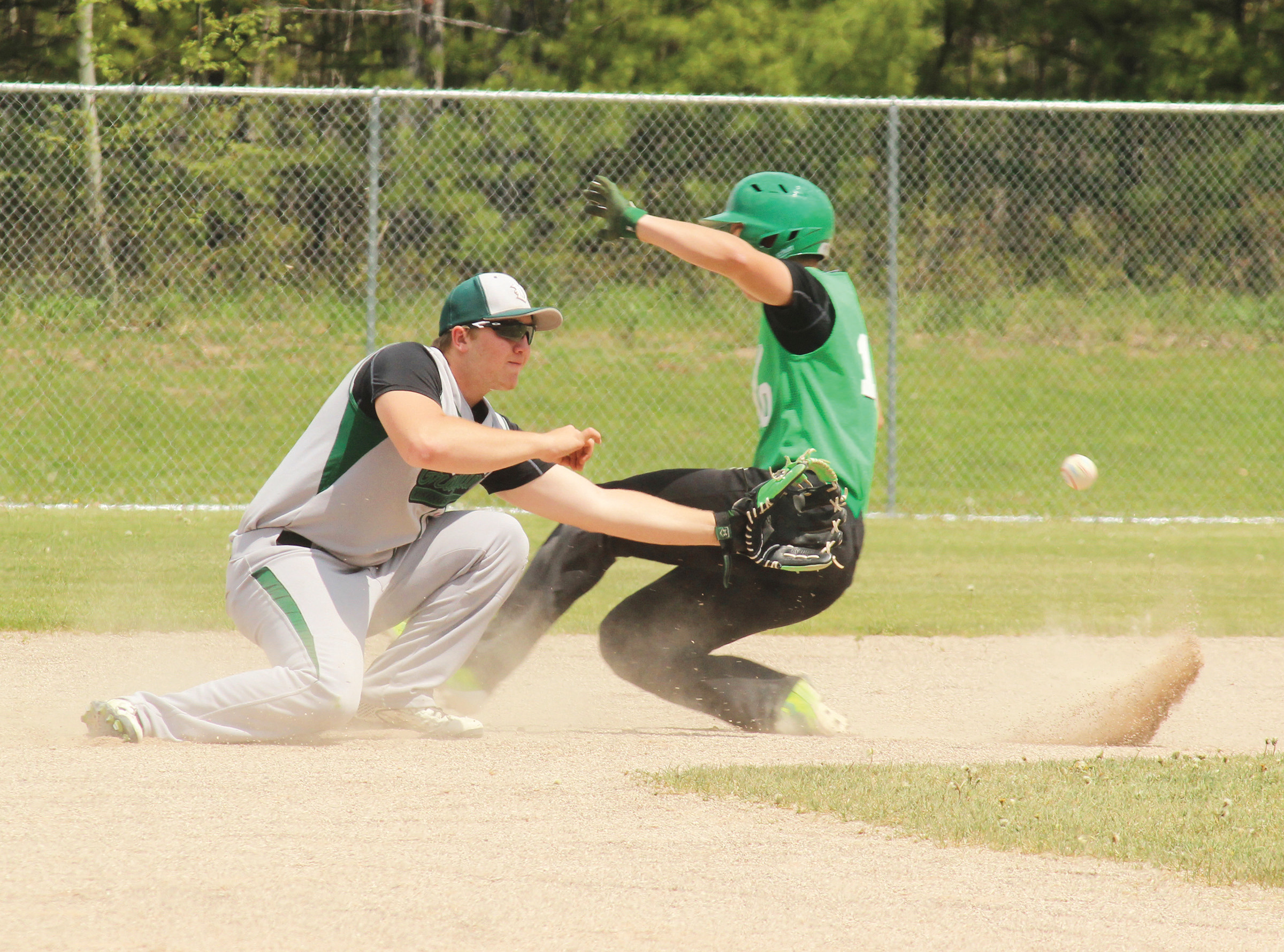 HOUGHTON LAKE – Grayling’s baseball team hasn’t enjoyed a lot of sucess this season, but it looked like things are turning around as the season winds down .

Last week the Vikings lost a pair of games to Boyne City in a Lake Michigan Conference doublheader, 8-7 and 16-5. The Vikings trailed, 8-0 in the last inning but erupted for seven runs and had the bases loaded before the rally was snuffed out.

Chase Lohr drove in two runs with a double. Thomas Barnes and Justin Nicholas each had three hits and a run batted in. Jacob Macfalda was saddled with the loss on the mound despite allowing just two earned runs.

The Vikings trailed early in the second game and coach Bret Krabill used the game to get some of his pitchers who haven’t worked a lot of innings this season time on the mound to build for the post-season and next year.

Nicholas picked up the win in a 5-4 victory in the first game of a LMC doubleheader against East Jordan. He went the distance and settled into a nice groove but had to weather a storm later in the game when the Vikings defense committed some unfortunate errors. The leading hitters were freshmen Ryan Anderson and Nicholas.

“We scored on some good execution and their mistakes,” Krabill said.
The second game didn’t go as well for the Vikings. East Jordan earned a split wth a 7-2 win. It was only a 2-1 game going into the last inning, though. Cam Summers took the loss despite pitching a strong game. Lohr had the lone RBI for the Vikings. Trey Moffit and Macfalda scored the only runs.

On May 21, Grayling then lost to Roscommon, 4-0 in the first game of the Houghton Lake tournament on Saturday, May 21. Moffit was on the mound for the Vikings and had what Krabill said was his best pitching performance of the year.

In seven innings Moffit struck out five and walked only three. Roscommon scored only two earned runs. Grayling managed seven hits but couldn’t come up with the big one it needed that would open the floodgates. Lohr led the way with two hits.

In the battle for third place in the tournament, Grayling fell to the host Bobcats 2-1 after the game was suspended due to time restrictions.