Save our lumbering turtles 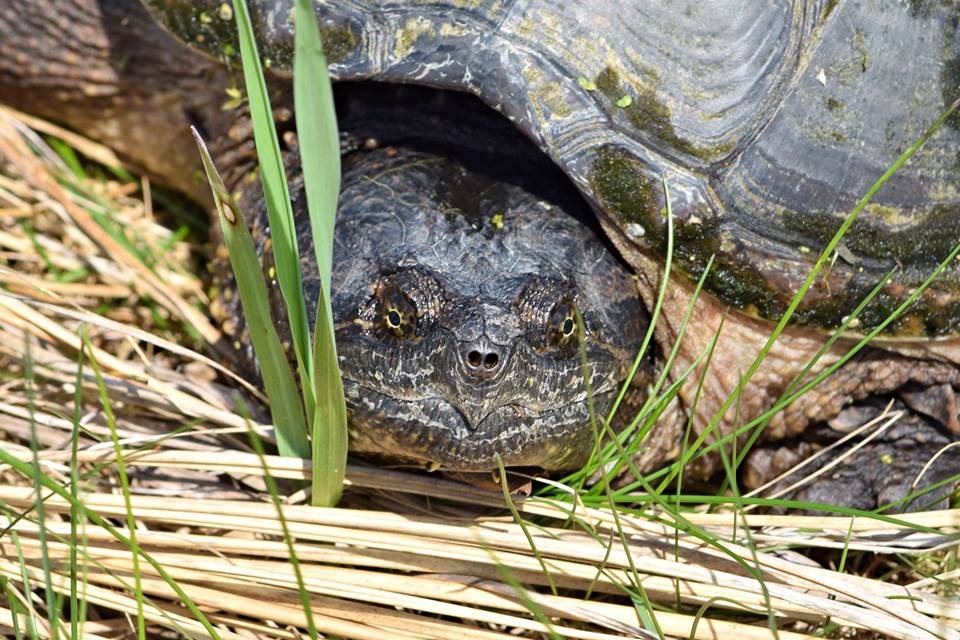 REGION – With summer on the way, the forests and streams of northern Michigan have once again come alive with animals returning from their winter slumber. Unfortunately, not all of us are as courteous to them as we should be. In particular, our turtles are taking a hit, literally, on the roadways.

When you run over a turtle with your car, most often, it does not simply die, but suffer for hours, or even days before bleeding to death. Those lucky enough to be found may end up at the A.R.K.), a non-profit organization dedicated to the rescue, rehabilitation, and release of orphaned, injured, and displaced wildlife, located in Saint Helen.

At the A.R.K. they can receive care and treatment from one of the A.R.K.’s dedicated volunteers. However, despite the dedication to saving them, not all of these shelled souls make a recovery.

Already this year, two Midland Painted Turtles and one Blanding’s Turtle have made their way to the A.R.K.. While two of these turtles were successful released back to the wild, one of the Painted Turtles was not so lucky.

Turtles are not only a harmless member of our natural diversity, but an important part of our ecosystem. They are partly responsible for keeping our waterways clear of dead fish and other carcasses (especially the Common Snapping Turtle), keeping insect numbers down and controlling populations of amphibians.

Most people probably don’t even know that we have two state-wide, legally protected species in the region. The Wood Turtle and the Blanding’s Turtle. The former is rarely found this far north, and the latter being a relatively common species in Roscommon County, where they have a stronghold.

If you want to help protect turtles, at the very least avoid hitting them with your vehicle. If you can spare the time and safely move a turtle out of the road, do so by placing them on the side of the road or ditch in the direction they are traveling. Turtles have embedded instincts that lead them to breeding and nesting sites, water and food. If they are away from their home body of water, they will just try to cross the same road again to reach their goal.

While you can harvest some species of turtles in Michigan with the appropriate license for personal use, do not remove them as pets. Other species, such as Red-Eared Sliders, Map Turtles and Cooters are available from reptile specialty stores or pet shops throughout Michigan and make much better, well adapted pets. If you take a wild turtle as a pet, it is dead to its breeding population and can’t be a part of the ecosystem it belongs to.