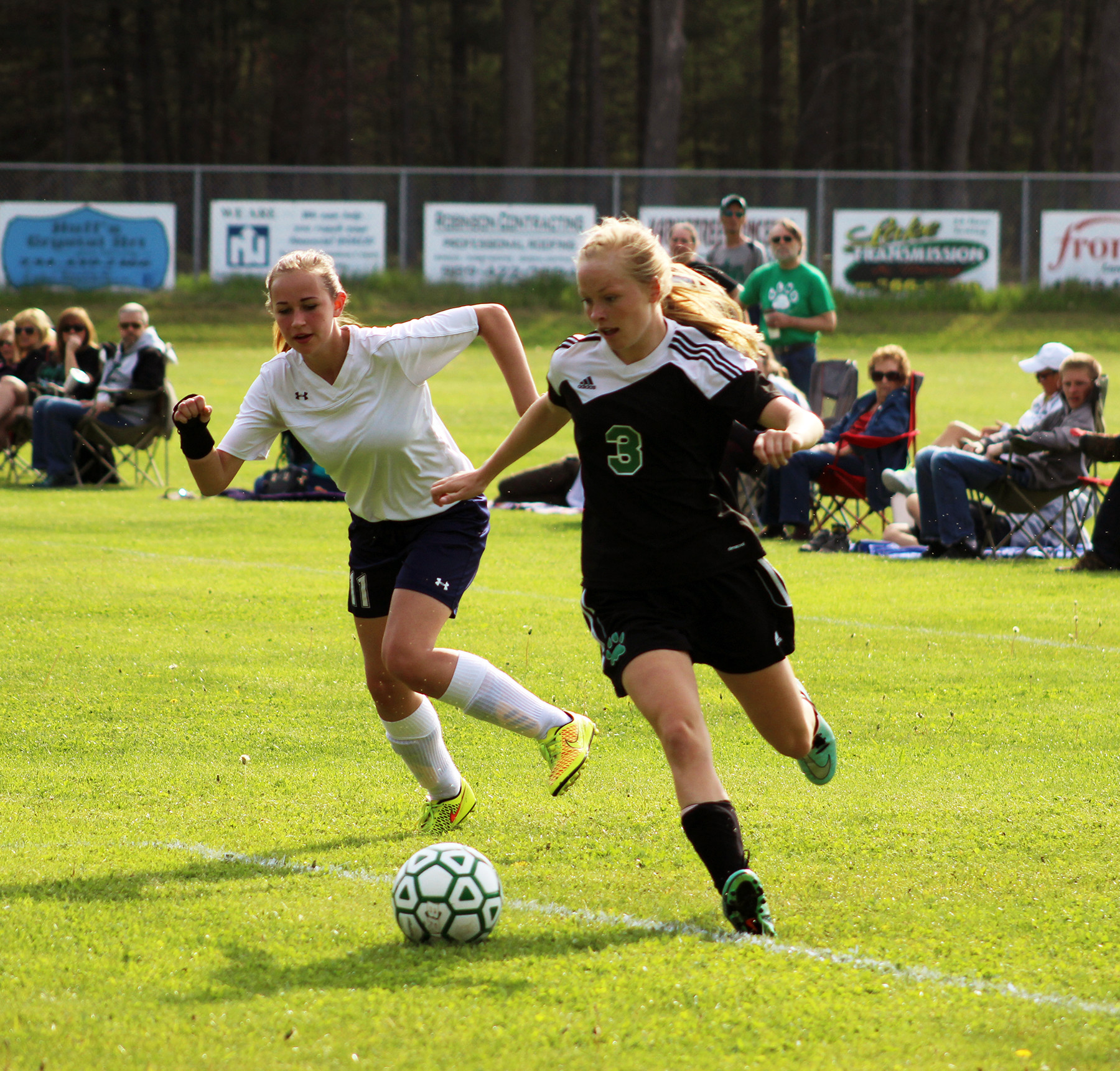 HOUGHTON LAKE – First place in the Northern Michigan Soccer League was on the line when the Houghton Lake girls soccer team went against neighboring Roscommon and everyone anticipated a close game.

Roscommon got the first goal with 34:19 left in the first half and expected to carry that momentum through the rest of the game. But that wouldn’t happen as the Bobcats made sure that they didn’t just fold up like a tent.

Wooten ended any thought of breezing to an easy victory when she pounded a shot past the keeper that settled into the bottom right corner of the net. The Bobcats stepped up the intensity from that point, but despite putting 10 shots on goal they would fail to score another goal.

“We came out slow and that hurt us,” Coach Darren Barnes said. “Roscommon jumped out to get a goal and then did a good job of keeping us from scoring. This was a good game. Both teams played well.”

Ellie Connett finished the game with four saves for the Bobcats, who fell to 11-4-1 overall and 7-3 in the conference.

Houghton Lake also struggled to score against a stingy Gladwin team in another conference game. The Flying G’s keeper made some outstanding saves to prevent the Bobcats from finding the back of the net.

But the Gladwin defensive wall finally developed a crack when Lainey Meigs slotted a ball to Alexis Souder, who fired a low shot that got past the keeper and into the net. The Bobcats added one more goal when Lexi Blanchard gathered in a goal kick, dribbled her way through two Gladwin defenders and sent another low shot that eluded the keeper.

That would be the last goal scored as the Bobcats finished with a 2-0 victory. Houghton Lake’s defense held strong through the final 16:12 of the game and turned back several Gladwin attacks to preserve the win.

Gladwin was limited to only five shots on goal for the game and Connett successfully rejected them all.

“I was really happy with our play,” Barnes said. “We moved the ball well and came out and pressured Gladwin the whole game. The girls are coming along well and we are peaking at the right time.”