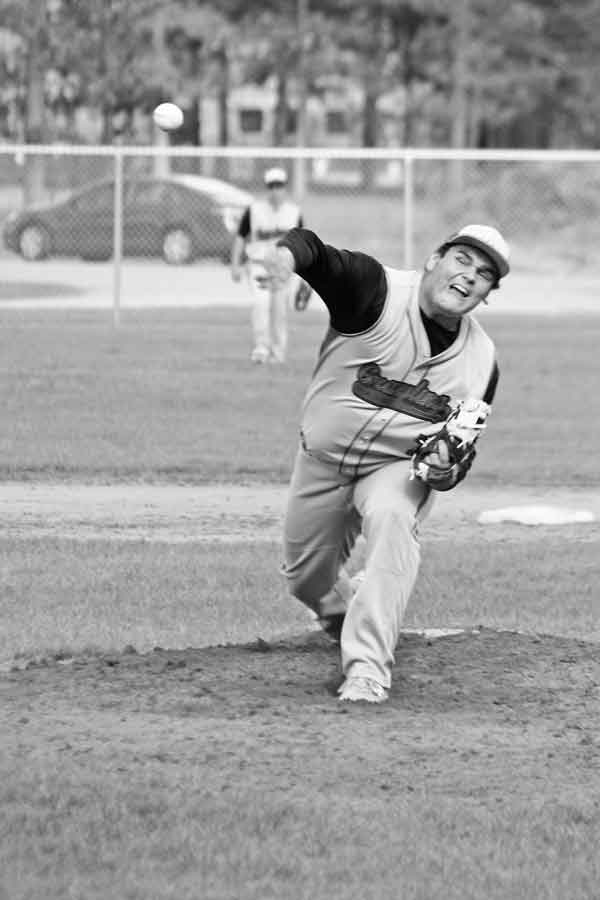 GRAYLING — Pitching and defense are just two pieces of the puzzle when it comes to baseball. Hitting is the other, and so far the Grayling High School baseball team has been experiencing difficulty finding its hitting shoes.

If that comes around, the Vikings will be much better off. But right now they’re scuffling a little at the plate and that has led to a lack of run production against a rugged Lake Michigan Conference schedule.

The Vikings lost four consecutive games recently, doubleheaders to Standish-Sterling and Traverse City St. Francis, and all of it could be attributed to their anemic offensive output which caoch Bret Krabill realizes needs to be fixed.

Unfortunately, with the spring season so short with some many games compacted into a couple of months the answers need to be found quickly if the Vikings are to turn their fortunes around and become more competitive.

Grayling lose two games to Standish, 4-0 and 2-1 then scored just three runs combined in a pair of losses to St. Francis, 3-1 and 9-2. The Vikings need to start hitting the ball and scoring runs if they’re going to be more of a factor in the LMC.

The Vikings struggled again in a doubleheader loss to Elk Rapids on Thursday, May 5, 3-0 and 13-3.

Justin Nicholas threw a complete game in the opener and allowed just one earned run but again suffered from a lack of support from the Vikings. Grayling’s struggles were reflected in the number of runners the Vikings left on base, just two.

In the second game the Vikings allowed five hits, but the Elks scored seven runs without the benefit of one in what Krabill termed the Vikings’ worst showing of the season. Grayling’s only life at the plate was displayed by Thomas Barnes and Nicholas, who had three hits each. Nicholas drove in a run.