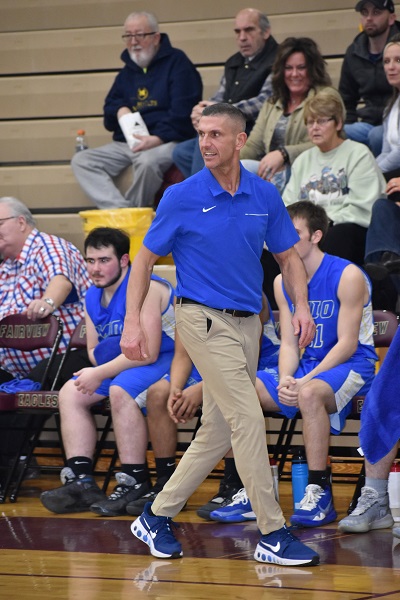 MIO – When the people of Mio think basketball, they think Ty McGregor. The aspiring leader of the Thunderbolts’ 1988 title team (28-0), McGregor’s talent and hard work has taken him from his hometown and around the world

During his four years in high school, McGregor achieved many goals: 2 time 1st team All-State Player, Dream Team captain, and McDonald’s All-American nominee. Along with accomplishing many personal goals, McGregor also lead his team to a State Championship in 1988. (28-0 record).

Basketball has always been a big part of McGregor’s life.

He scored over 1000 career points, became, and still is, the seventh all-time leader in career assists, two-time Al-Conference Defensive Player, and lead his team to their first NCAA tournament bid.

Oakland University’s head coach Greg Kampe said McGregor wanted nothing else but to be a great basketball player.

Kampe said McGregor was a leader on and off the court.

In 1998, McGregor traveled overseas to play professional basketball in Denmark for Værløse and Horsens IC basketball teams. McGregor lead the teams to playoff berths in each season he played, along with having the single season scoring and assist titles.

From 2006-2008 McGregor coached varsity boys basketball at Mio-AuSable. He moved to the college ranks, leading the girls teams at Kirtland Community College from 2007-13.

McGregor is currently director and coach of the boys and girls McGregor Athletic Complex (M.A.C.) Practicing Accountability and Character (P.A.C.) Organization and since 2018, is once again the head coach of the Mio-AuSable Varsity boys basketball team.

McGregor said he coaches to make a difference.