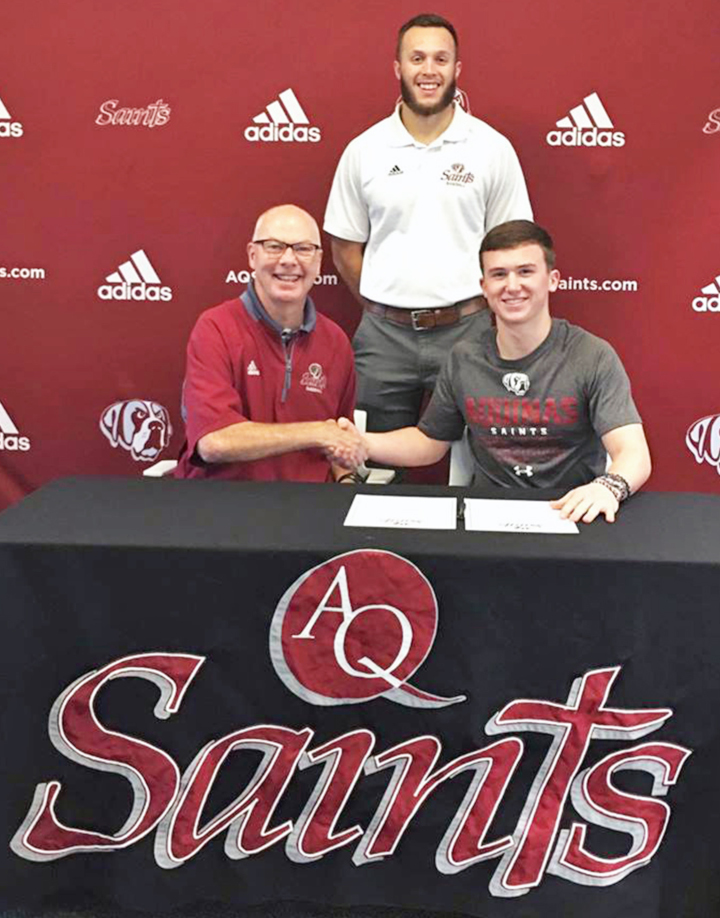 GRAND RAPIDS – The Aquinas baseball team and head coach Doug Greenslate have announced the signing of catcher Dane Smitz to the Saints.

Smitz comes from Roscommon, Michigan and attended Roscommon High School. He will join the Saints next fall in preparation for the 2019-20 season.

Smitz was a four-year varsity starter at Roscommon and was the captain of the team as well as the basketball, football and quiz bowl teams. He was an honorable mention All-Jack Pine Conference (JPC) catcher in his freshman year, second team All-JPC in his sophomore year and first year All-JPC in his junior year. His team won two district championships during his sophomore and junior years. He has been playing baseball since he was five years old and played with the Palacios Tailors under-18 club team since his freshman year of high school.

Smitz was a part of a district championship football team in 12th grade and won a Defensive Player of the Year award during his three-year varsity tenure. He was also named to the all-district and all-academic teams with a 4.0 GPA.

“Dane is a smooth-swinging left-handed hitting catcher who navigates the game well from behind the plate,” said Aquinas baseball assistant coach Casey Wila. “He has a unique ability to impact the game both offensively and defensively. Dane comes from a great baseball family and we are very excited to begin his development.”

“I am looking forward to experiencing what Aquinas has to offer in terms of academics, including the new science building,” Smitz explained of his decision. “I am also excited to continue playing baseball for the next four years with the Saints alongside my brother (Grant).”