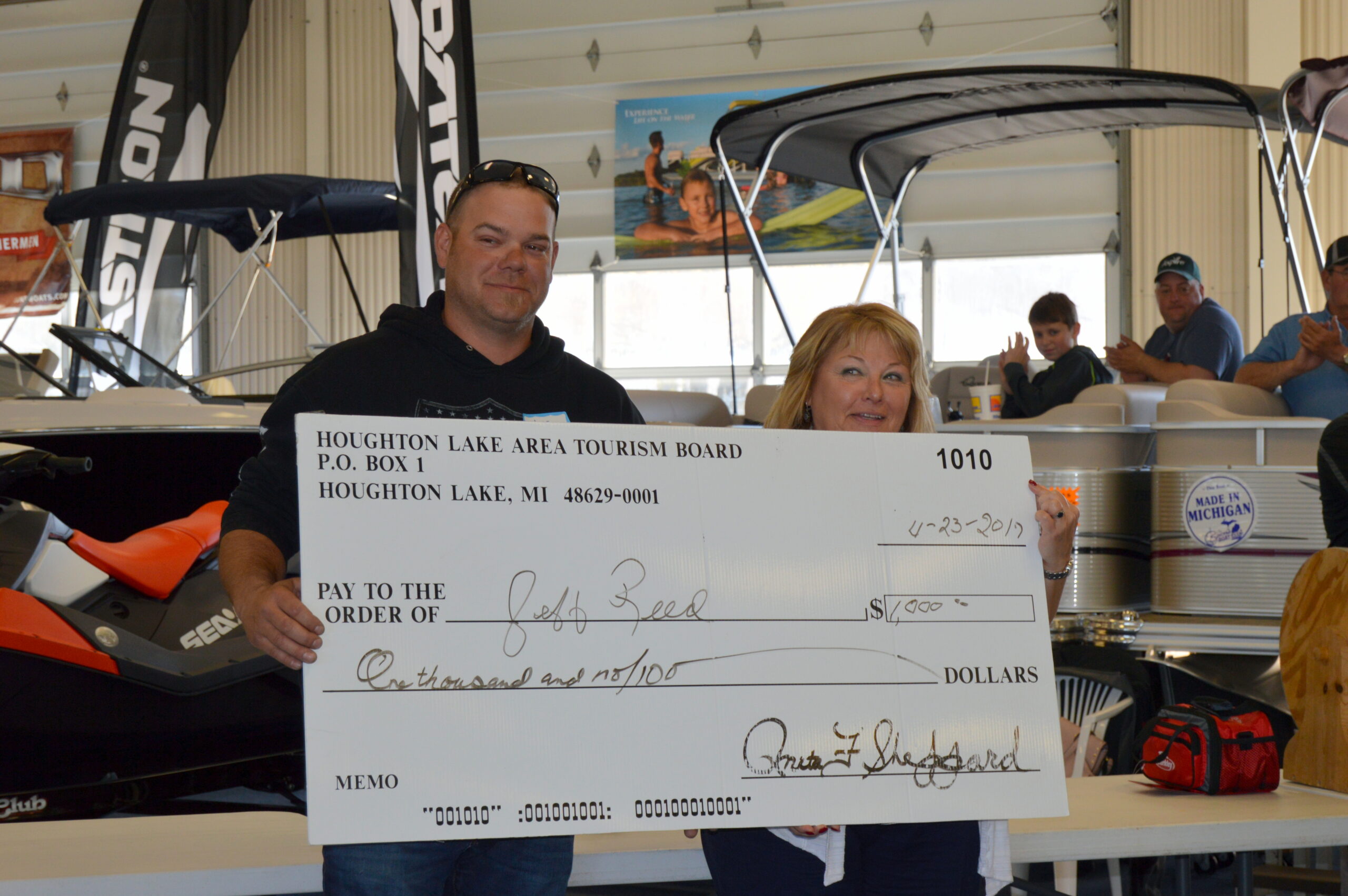 HOUGHTON LAKE’April 23 was a day of excitement at Spicer’ Boat City where more than 100 came to watch the 2016-17 drawing for Houghton Lake Area Tourism Bureau’ Catch Us If You Can contest.

A record 14 tagged fish were caught in Lake St. Helen, Houghton Lake and Higgins Lake. Each contestant was interviewed by Tom O’Boyle as he and producer Dennis Serra of Great Getaways TV broadcast a live stream of the event. (The live stream can be viewed at www.visithoughtonlake.com/live).

Following the interview, each contestant selected a tackle box with gifts from local merchants. One tackle box had a well-hidden key to open the lock on the tumbler. Jeff Reed of Rochester found the key and had the opportunity to match two envelopes for the grand prize, $100,000 and a new Lund boat package, valued at $23,500, from Spicer’ Boat City. The guaranteed prize envelopes were matched, and Reed walked away with $1,000 for catching the fish.

< >The second place prize was one by Rick Wetzig of Lake City. He found a certificate for a Mark Martin Ice Fishing school in his tackle box and will join Martin for the 2018 school on Houghton Lake next January.

< >HLATB treasurer, Anita Sheppard, had an exciting announcement just before the drawing – beginning in 2017-18, the contest will run year around. It will end on March 15, but will start right up on March 16 instead of waiting for June 1 to come around as in the past.

< >The 2017-18 is the 12< >th< > year for the contest. Anglers should look for a yellow tag in the dorsal fin of fish in any of Michigan’ Other Great Lakes, and then take the tag into Trails End Motel in St. Helen, H&H Fireworks in Houghton Lake, Lyman’ on the Lake in Houghton Lake, Korbinski’ Marine in Prudenville or West Higgins Lake Hardware in Higgins Lake for verification and to receive a $50 gas card.