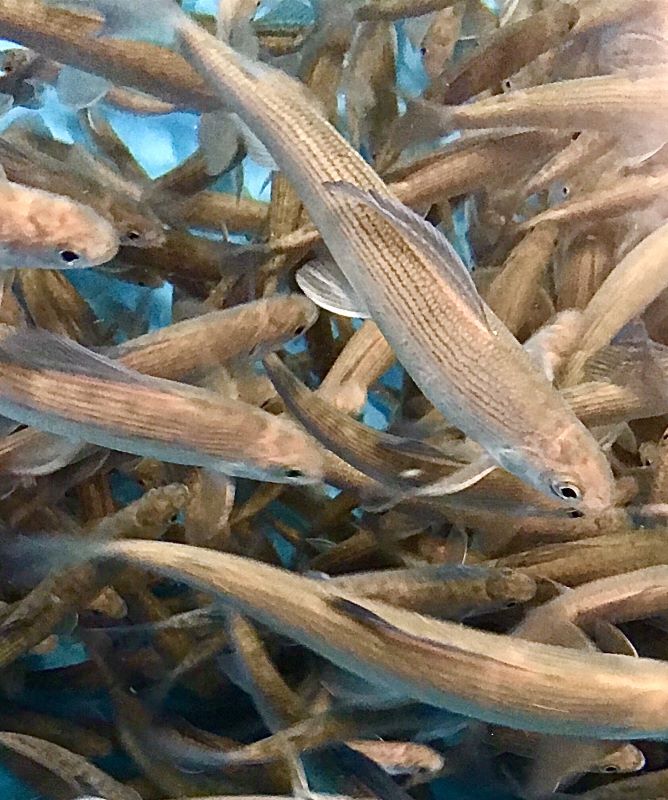 Northern MI — Sept. 17 was a big day for the state’s fisheries, and another crucial step toward reintroducing Arctic grayling to Michigan waters. The first year-class (a group of young fish produced during one year) of future brood-stock was transferred from an isolated rearing facility at Oden State Fish Hatchery near Petoskey to Marquette State Fish Hatchery. Approximately 4,000 fish, averaging 6.5 inches long, made the trip to Marquette.

The occasion marked a significant milestone in the Michigan Arctic Grayling Initiative – a collaborative effort to bring this native fish back to the Great Lakes State.

Before the northern Lower Peninsula was heavily lumbered in the mid- to late 1800s, Arctic grayling was the dominant species of salmonids – belonging to the salmon family – found in cold-water streams. They disappeared from Michigan due to over-fishing, habitat loss from the timber practices of the day and competing with and being preyed on by introduced species like brown trout.

“This is a really exciting day for the initiative,” said DNR Fisheries Division Chief Jim Dexter. “A lot of planning and work has gone into this program, and it’s great to see it moving forward.”

Roughly 10,000 eggs collected from Chena River, a tributary to Alaska’s Yukon River, were brought to Michigan in spring 2019. Because the eggs originated from outside of the Great Lakes basin, they had to be quarantined until three separate health exams could be completed to ensure a new pathogen won’t inadvertently be introduced to Michigan’s waters. Before the Oden hatchery could house the grayling, it had to be outfitted with an ultraviolet filter on the outflow from the isolation facility to provide protection against the spread of unknown pathogens.

Growing Arctic grayling need water temperatures that change with the season, and the water source for the Marquette hatchery mimics their natural environment. Now that the fish have arrived at Marquette State Fish Hatchery, staff will care for this group of grayling until the fish are ready to begin producing eggs, usually when they are 4-6 years old.

While COVID-19 forced a hiatus in development of the Arctic grayling brood-stock, the DNR plans to send staff back to Alaska in 2021 and 2022 for two more year-classes of eggs.