‘Gangsters up north’ is now available 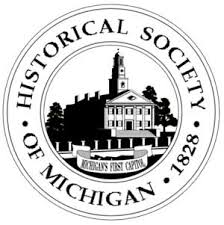 NORTHERN MICHIGAN – Northern Michigan has for decades drawn millions each year to its beautiful lakes and rivers. Gangsters Up North adds a new and exciting dimension to the colorful lore of those lands.

What were gangsters doing in Michigan’s vacation lands during the Prohibition years? Like many ordinary folks of the time, they often traveled Up North for rest and relaxation—and for more nefarious activities.

Al Capone, the Purple Gang, Fred “Killer” Burke, other Public Enemies and many other hoodlums found their way north in fact or in fiction. They became heavily involved in the gambling and bootlegging that were pervasive in up-scale resorts in Charlevoix, Little Traverse Bay, and Mackinac Island. They kidnapped and murdered. But most usually, they just hung out with everyone else.

Gangsters were front page stories in those years, their leaders were household names, their faces easily recognizable.

Up North, people far and wide claimed to recognize those faces in their various backyards. They said they saw Big Al Capone in this hotel or at that lake or in that cabin. Rumors of John Dillinger coming to town threw citizens into a frenzy of fear. Black Cadillac’s pulling up to a rural place had to hold Mafiosi.

So imaginary sightings interwoven with actual criminal activity throughout the tip of the mitt and Upper Peninsula.  Gangsters Up North draws on newspaper accounts, numerous interviews, rare images, and much unpublished material to paint the real picture of mobsters and their associates in Michigan’s northland. Author Robert Knappunweaves the tangle of tales and truth. Gangsters come to life Up North.