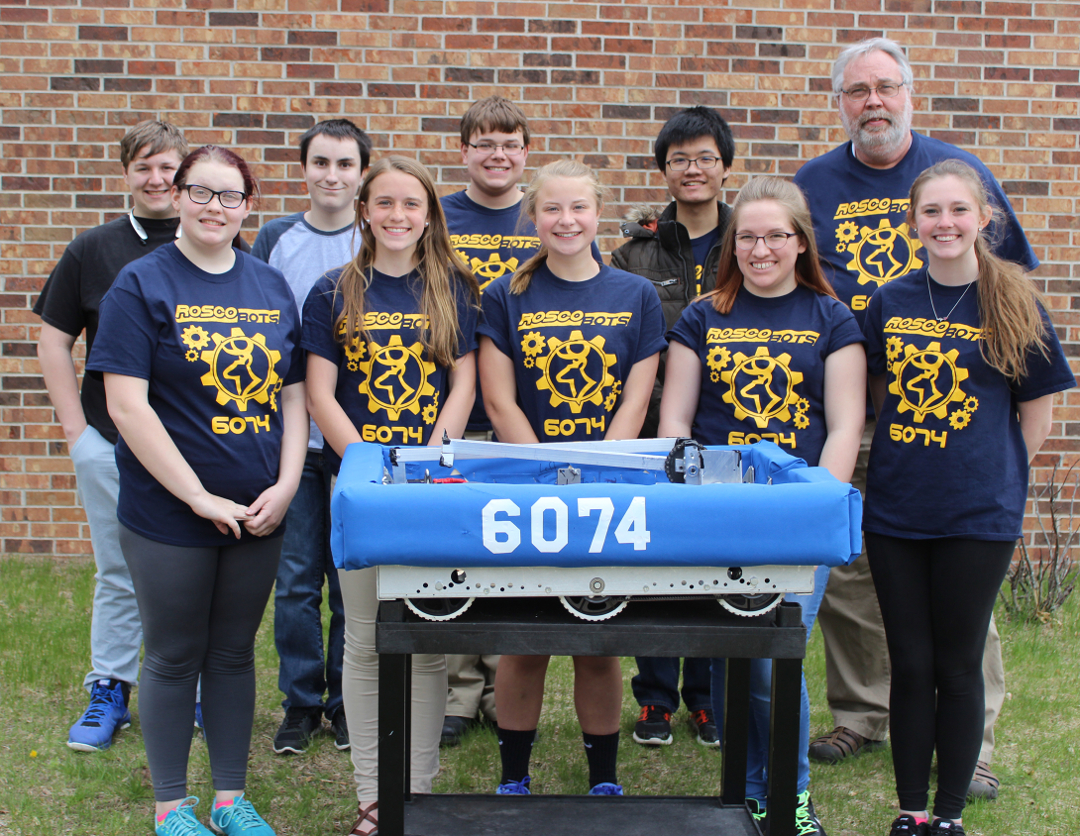 ROSCOMMON – Roscommon High School added a new extra-curricular activity to its list this year. In addition to sports, quiz bowl, bands, and musical, the students had an opportunity to join a new robotics team, led by Ric Rothney.

The team builds a robot from a kit, and programs it to do certain tasks. The team competes against other schools from around northern Michigan. The robots had to be driven across barriers (such as a small teeter totter), pick up a ball, and shoot it into holes in the course.

The Roscommon team admits they didn’t do well this year. In its first year, the team was made up of mostly underclassmen – those in 9th and 10th grades.

‘We didn’t get last,’ Rothney said. ‘We are hoping for a better experience next year,’ he added. ‘We did improve in our second competition.’

‘We’ll do it again next year. I’m hoping to recruit some more high school students.’

The team is losing their only senior, David Disney, who is leaving to attend Michigan Technological University.

Rothney is also looking for adult help as well.

‘Anyone looking to mentor, I can’t do it alone,’ he said.

If you are interested in mentoring, or providing supplies or funds to the team, contact Rothney at rothneyr@rapsk12.net.

GRAYLING, Mich. – There will be No small arms ranges scheduled for this week. It should be  quiet for residents located north of Howe...
Read more
News