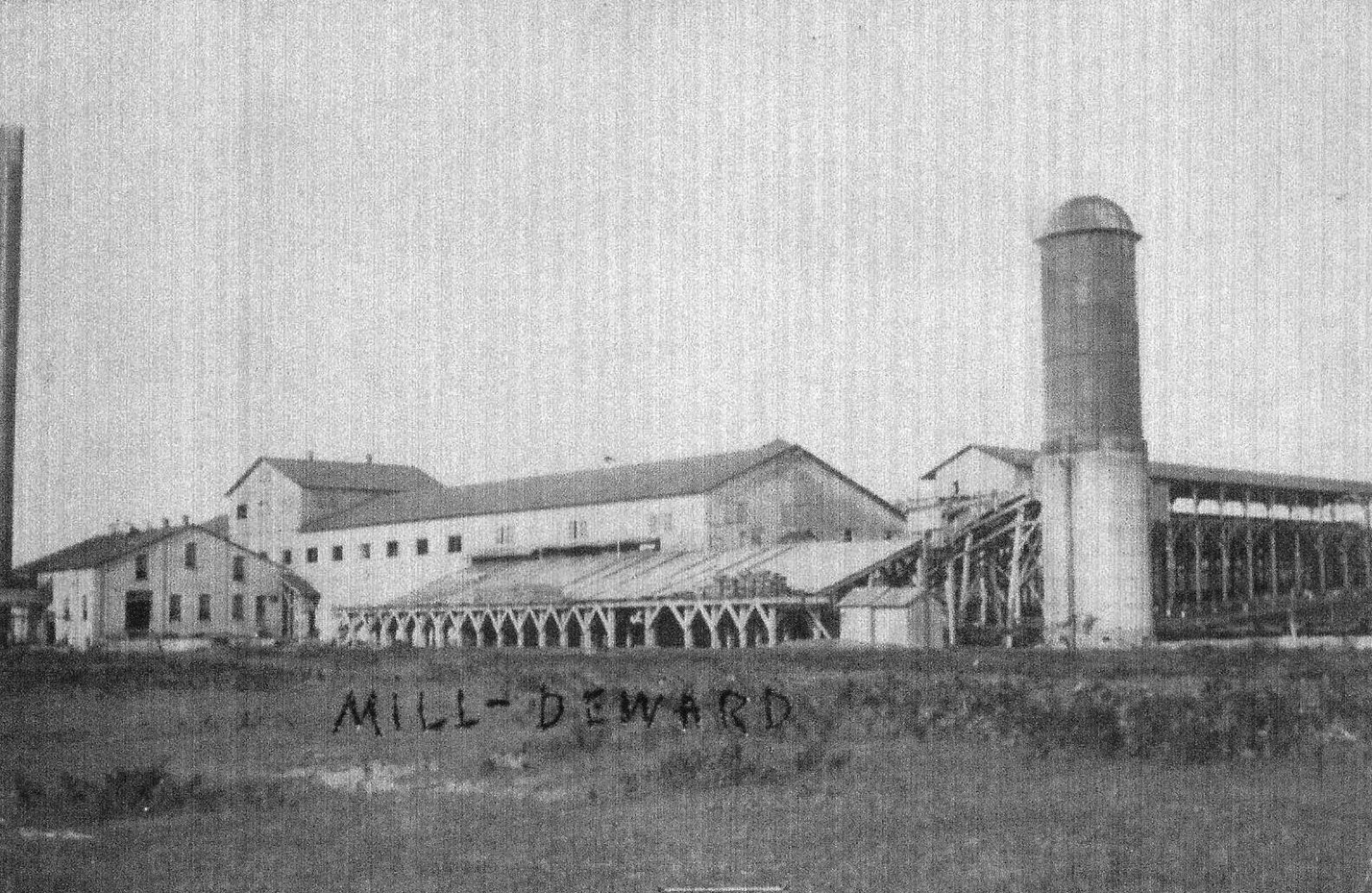 CRAWFORD COUNTY – Since the dawn of civilization, settlements have come and gone. The left-over’s, the empty buildings and bare foundations, are all that evidence the temporary existence of these communities. Crawford County has dozens of such monuments to history and human presence. They are known as ghost towns.

Towns arose for a variety of fleeting reasons. In Michigan the early attractions were the iron and copper ore found in the Upper Peninsula, in the Keweenaw and the Huron and Porcupine Mountains. Most of those early mines are now closed and the communities that were supported by them, nothing but skeletons of what they once were. But people also realized that the real riches in early Michigan were her virgin pine forests. Soon the lumber jacks arrived and established sawmills and the harvest began. The mills were small and scattered at first but soon some expanded their operations and their owners became known as lumber barons. Pine was king.

Logs were hauled to the small mills over iced roads on horse drawn sledges during the winter and by the “Big Wheels” during the summer. Roads were little more than cleared paths but they moved logs and each mill spawned a new town. Early Crawford County maps, circa 1820, show as many as 21 communities located throughout the county and nearly each settlement was supported by the logging industry.

As the size of the mills increased, so did the need for logs. Early in the industry the larger mills started to lay narrow gauge tracks and utilize small locomotives to haul the logs to the mill. Crawford County’s best known lumber mills were Sailing-Hansen in Grayling and David Deward in the community he built west of Frederic. The move to narrow gauge railways was sparked by the opening of the Jackson, Lansing and Saginaw to Gaylord. Crawford County was suddenly connected to the outside world. Grayling, formerly known as Crawford Station, was chosen as the site for a major railway terminal and repair station.

Now Crawford County lumber could be loaded directly on railway cars and shipped to destinations like Chicago, Detroit and New York City. Sailing-Hansen pushed a narrow gauge line northeast from Grayling to Lewiston. Crawford County logging towns created along this line included Kneelands, Bucks Crossing, Judges, Dana and Lovells. After the closing of this line in 1933, the only remaining community is Lovells.

One of the interesting stories about this particular line is related to the settlement of Judges about three and one half miles south and west of Lovells. As the story goes, the United States Post Office was located in Judges. For various reasons, certain residents of Lovells felt the Post Office belonged to them. Rather than file petitions and law suits, some of the local residents are reputed to have traveled to Judges in the dead of night, stolen the post office lock, stock and barrel, and transferred it to Lovells where it resides today. True? That’s the way the story goes.

Equally interesting is the history of Deward. The Crawford County Historical Museum has extensive information on David Deward and the community of eight hundred residents he built eight miles west of Frederic.

David Deward built a series of narrow gauge railways that reached as far as Alba to haul pine to his mill. The Deward mill was reputed to be one of the largest mills in the United States producing as much as 200,000 board feet of lumber per day. Deward’s community included food stores, churches, schools and even a baseball team. Deward opened his sawmill in 1901 and they cut the last logs in 1912. Outside of a few foundations, little remains of Deward with the exception of many old apple trees, holdovers from the orchards Deward tried to establish to replace the sawmill.

Anyone interested in ghost towns has certainly heard of Pere Cheney. Located in the south-east corner of Crawford County, Pere Cheney was established in 1873 when George M. Cheney set up a sawmill. By the mid-1870s there were nearly 1,500 residents and by 1917 only 18 remained. History suggests that the communities demise was a result of epidemics, possibly diphtheria, however many credit the disappearance to a witch’s curse.

Pere Cheney was the original Crawford County Seat of Government when the county was organized in 1879. Again as legend has it, Judge Batterson, Crawford County’s first Judge, was awakened in the wee hours of one morning and informed that the County Court House was on fire. By the time the Judge harnessed his buggy and drove to town the sun was rising and the Judge was greeted by a pile of smoking embers and a gentleman from Grayling who invited him to coffee in a Grayling restaurant. Upon arrival the Judge found all the court records in the middle of a table surrounded by a group of local businessmen. Over his morning cup of coffee, Judge Batterson was informed that the business men stood ready to build a brand new court house and install the Judge in new offices as long as it was in Grayling. Is this how Grayling became the Crawford County Seat? It’s how the story goes.

As far as Pere Cheney, the town itself has disappeared and the only remaining evidence of over 90 graves in the local cemetery is a few moss covered headstones. That is if you don’t consider the ongoing reports of paranormal activity still being reportedIt’s interesting that the Pere Cheney cemetery is number 2 on the list of the “Midwests Top 10 Witch’s Graves”.

The Crawford County Historical Museum houses information about over twenty Ghost Towns in our county including information about paranormal activity that has been reported at various times. It’s even possible that the Museum has a ghost or two hanging around at odd times. Stop in and see for yourself.