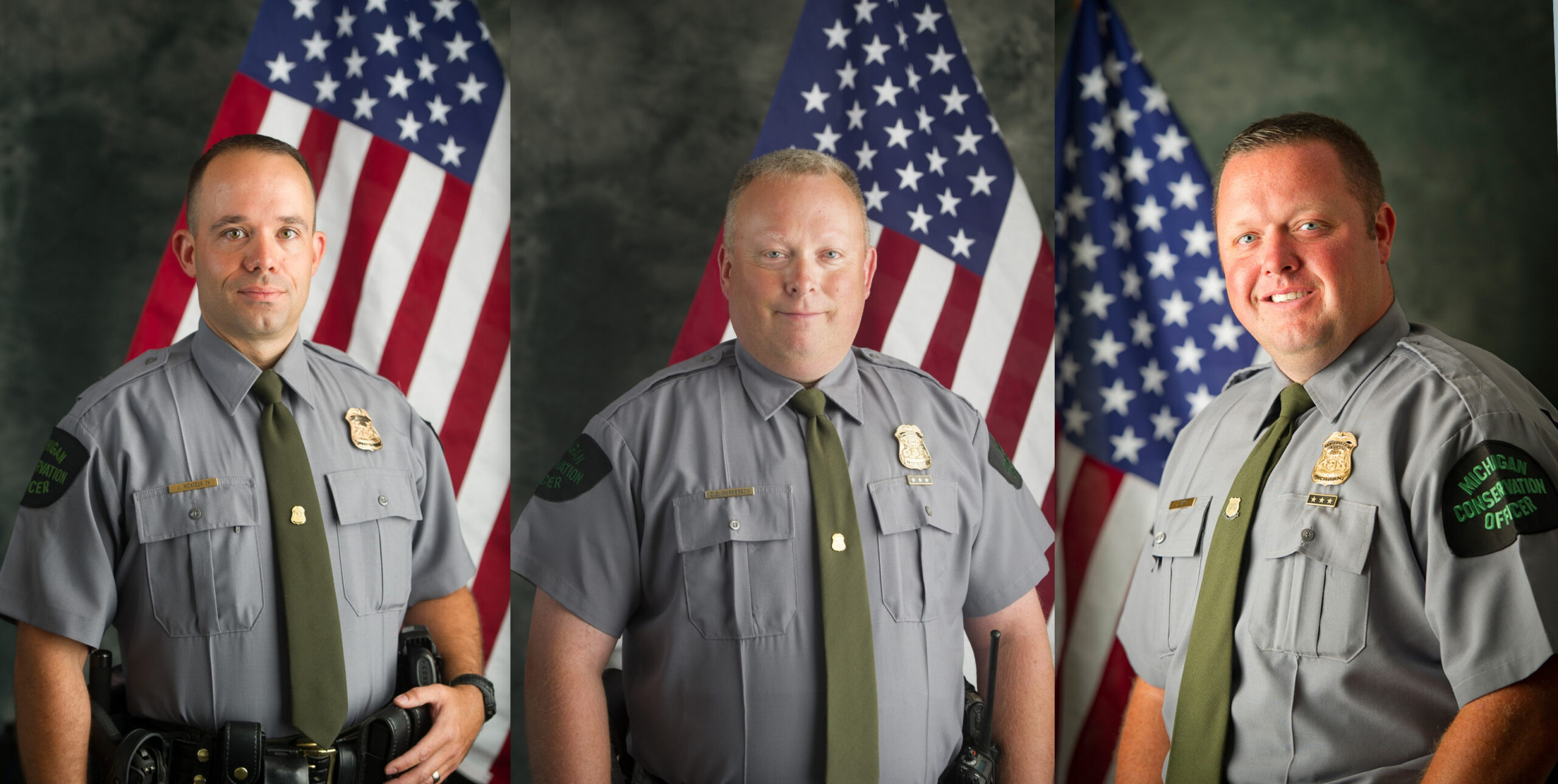 Two kayakers were rescued early Sunday morning, June 12, in Crawford County by Michigan Department of Natural Resources conservation officers. The kayakers had become separated from their kayaking group Saturday afternoon and became lost in the woods surrounding the South Branch of the Au Sable River.

A 23-year-old man from Queens, New York, and a 23-year-old woman from Grand Rapids were part of a larger kayaking group, which included the woman’ mother and sister. The group began its 6-mile trip at 4 p.m. Saturday at Chase Bridge Road in South Branch Township. The group planned to end its kayaking trip at Smith’ Crossing at M-72.

When the man and woman became overdue at the rendezvous point, the woman’ mother and sister called 911.

The Michigan State Police and Crawford County Sheriff’ Department also participated in the search for the missing kayakers.

‘We were informed by the family members that the lost kayakers were only wearing swimsuits, had no shoes and were wet, making them susceptible to the cold,’ said Payne. ‘They had no means of drying off or staying warm and they had no food. In addition, neither subject was acclimated to the outdoors or a wilderness setting.’

Temperatures dipped into the low 50s that night.

While still at the boat launch, Payne was approached by two anglers who had been fishing on the Au Sable River near Willows Road.

‘These anglers told me that they’d had a conversation with a third angler who had contact with two individuals asking for directions earlier in the evening,’ said Payne.

After additional investigation, officers secured the name and contact information for the third angler and contacted him for an interview. They learned that two individuals meeting the description of the lost kayakers had approached the angler around 7 p.m. seeking directions to their vehicle parked at Smith’ Crossing. The angler had given them several options, and the kayakers left the area.

‘Minutes prior to 1 a.m., the lost woman heard the conservation officers call her name and responded,’ Payne said. ‘They were located in a swampy area approximately three-quarters of a mile from Willows Road.’

The officers gave the man and woman warm clothing and reported them found. The man suffered from a minor injury – lower back pain – but was otherwise okay. The woman suffered a sprained ankle.

‘Officer McAteer walked back to his patrol truck, where I met him, and we packed water, clothing, shoes and additional lights,’ Payne said. ‘We hiked back in to Officer McPherson and the kayakers and, after they applied the
additional clothing and were hydrated, we assisted the kayakers back to the patrol truck.’

They were met at Willows Road by the woman’ mother and sister. The man and woman refused medical treatment and left with the family members.

‘Conservation officers are often the first responders on the scene and routinely conduct lifesaving operations,’ said Gary Hagler, chief of the DNR Law Enforcement Division. ‘We are very proud of the actions of Sgt. Payne, Officer McPherson and Officer McAteer and the many conservation officers who regularly perform search and rescue operations in communities throughout Michigan.’