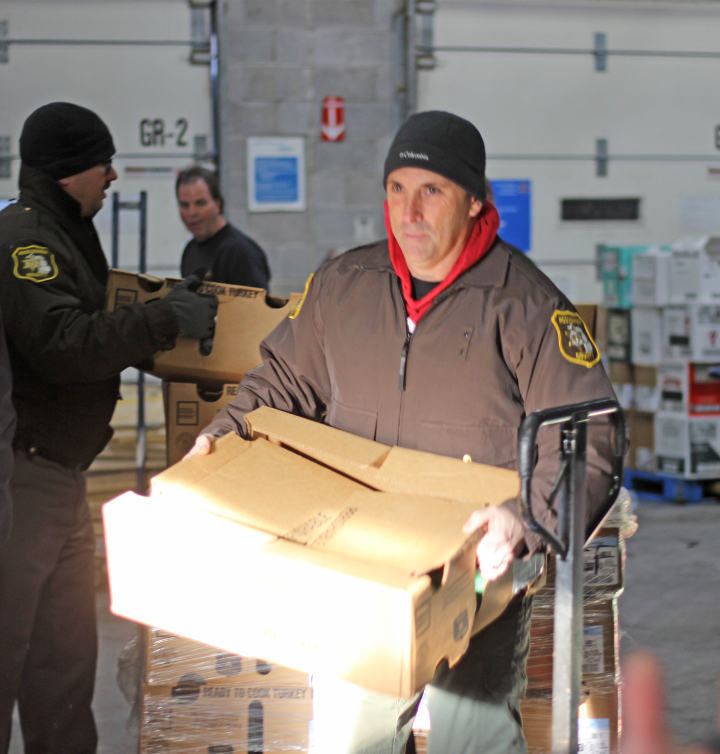 This year, the Grinch presented turkeys to those drivers pulled over for minor infractions such as snow over their license plates. 100 turkeys were handed out in Houghton Lake, Roscommon, and St. Helen over those two days.

This was the third year the Sheriff department handed out turkeys. Sheriff Ed Stern explained how it all started.

‘Three years ago Gordie LaFontaine wanted to do a community project. He would raise money for it,’ Stern said. ‘I asked him what he had in mind and he told me it was my job to figure it out!’

Stern had heard of another police department who handed out $100 bills, so he took that idea and changed it to frozen turkeys.

Gordie received donations from the Roscommon and the Houghton Lake Rotary clubs to help fund the project.