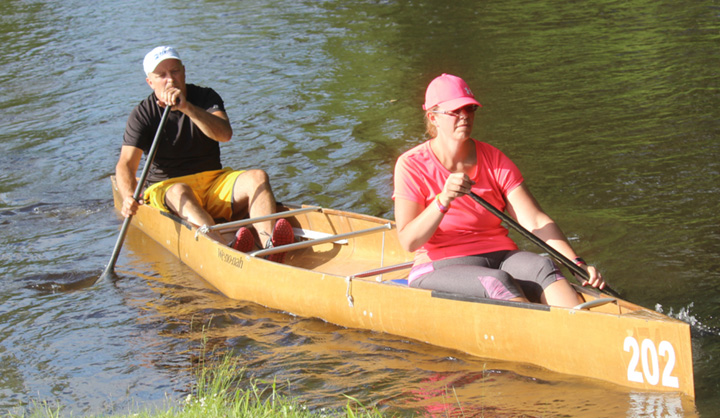 REGION – It may be known internationally as the world’s toughest spectator race, but to local businesses the Consumers Energy AuSable River Canoe Marathon is better known as an economic engine that generates a $1 million windfall from Grayling to Oscoda.

“You can’t duplicate race week,” said Heather Compton, owner of Northbound Outfitters. “It’s the best week of the year in Grayling. Everything is super positive, it’s an energy that we thrive on.”

That impact was driven home when the race was called off in 2020 due to the COVID-19 pandemic. Business owners along the 120-mile Marathon course are confident the momentum that started with the return of the competition in 2021 will stay strong when competitors return July 30-31.

Businesses ranging from restaurants, gas stations and novelty shops to hotels and campground benefit from their piece of the $1 million economic pie that flows into local communities, according to annual estimates from chambers and the event’s organizers.

“It’s a nice shot in the arm for us,” Pattullo said. “It’s a great sight to see people with license plates from all over coming into our store. We have an extra register running that night with the extra traffic coming in. The race being back two years in a row has been great for business and the morale of our community.”

This year, spectators will begin arriving at the starting line where the Au Sable River passes under M-72 in downtown Grayling about 6 p.m. July 30 for competitor introductions, speeches and other entertainment before the official 9 p.m. race start.