Clear Lake Bar: Where everybody knows your name 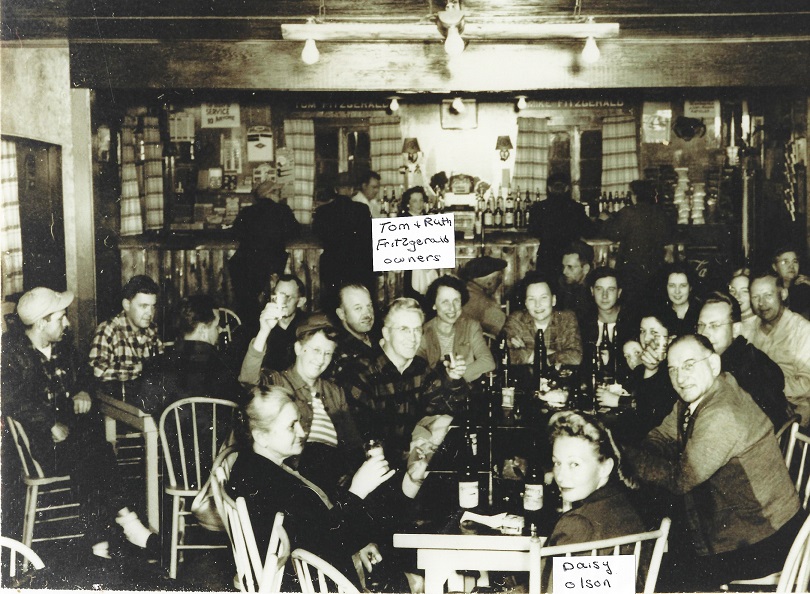 CLEAR LAKE – The only constant in life is change. And the sale of the iconic Clear Lake Bar (CLB) is no exception.

As ownership of the CLB passed from the hands of Shawn and John (Big Scoob) Szkubiel, to Roscommon native Joe Murphy and Bob Theys of Pinckney, visitors can assume that one thing won’t change: The great pizza.

“We’re adding a new oven, but the pizza itself, which has always been a draw, will stay the same. Homemade dough and all,” Murphy said.

Theys and Murphy purchased the bar/restaurant earlier this summer. But the duo is not strangers to Clear Lake or Ogemaw County.

Murphy said he initially talked with “Big Scoob” about purchasing the bar in 2009.

“I asked, but I’m sure they got asked by a lot of people. Kicking tires,” he said. “But we got serious about it 3-4 years ago, then started the purchase process in 2017.”

Murphy graduated from Roscommon in 1982 and went on to attend Ferris State University. After a bit of travel, landed in Midland where he lives with his wife, Michelle. They plan to make a permanent move to their home in Clear Lake over the next couple of years. They have two children, a daughter Paige and son, Riley.

“Michelle and her family members have owned cottages along Clear Lake, so we’ve been coming up here for around 30 years,” he said. “We bought our place in the early 2000’s. To us it meant something extra special because it was sold outside the family and we were able to bring it back into the family.”

The Clear Lake Bar in Clear Lake is under new ownership. Purchasing the establishment, originally built in 1936, is Joe Murphy (left) and Bob Theys (second from right). They are pictured with General Manager Young Scoob (John Szkubiel) and Brent Church (far right), Theys life partner. The families of both Murphy and They have a long history in the Clear Lake area, and plan several major improvements including a new pizza oven and outdoor seating, but nothing that will change the family atmosphere customers have grown accustomed to. Clear Lake Bar is located at 2212 N. Clear Lake Road in downtown Clear Lake. Hours of operation are Monday through Saturday from 11:30 a.m. to 2 a.m. and Sundays from Noon till 2 a.m. For information on the menu call 989-345-1155 or visit clearlakebar.com.

Theys is a 1978 graduate of Pinckney High School. He has owned Pettysville Junction in Pinckney for many years and is currently in the process of relocating to his residence on Clear Lake. Theys has two children as well: His daughter, Shayna, is a teacher at the Charlton Heston Academy in St. Helen, and his son, Evan, lives downstate.

“I’ve had a place on the lake for 24 years,” he said. “When the kids were young, we would spend our entire summers here when they got out of school. And in the winter, we were here most weekends for snowmobiling.”

After looking at several business opportunities across Northern Michigan, Theys and Murphy decided that Clear Lake Bar was the place they wanted. Family connections to the area played a role in the decision.

It’s a special place,” Murphy said. “We’ve been fortunate to have been able to travel throughout the country and world and there’s nothing like the Clear Lake Bar. It’s come as you are. You feel like family. The food is superb. We did look at other places, but this just made sense for us.

Having grown up in the area doesn’t hurt.

“Yesterday some people from Roscommon came that I hadn’t seen in years,” Murphy said. “I had a list of things I needed to get done, but to me it was a priority to sit down and talk for a while. This is all about people and the friends and relationships we build.

Murphy said the transition has been easier due to the people who call Clear Lake Bar home.

“Much of staff here has been here many, many years,” Murphy said. “And they know exactly what to do.   It’s nice to have a seasoned team. They’ve been teaching us what to do, rather than the other way around.

As with any business purchase, there will be some improvements. The first was the addition of recreational fuel.

“The ORV industry has saved a lot of communities in Northern Michigan. I can’t imagine what St. Helen would be like without it. It just brings so many people into the area,” Theys said, noting he added the fuel to his station in Pinckney several years ago.

Theys said they hope to expand on the Chicken Fest and Quake on the Lake events to help promote the area. Other potential additions could be a new Fall softball tournament, hockey tournament on the ice in the winter, and perhaps a side-by-side / ORV poker run through the ORV trails.

Ongoing improvements include an outdoor seating area, and new this week, more draft beer options, and a “quick and delicious options,” menu of items that can made quickly, even during the busiest of times.

“This is the Clear Lake Bar,” Theys added. “There’s no other bar around where it’s like family. I always refer to it like the Cheer’s family on TV, where ‘everybody knows your name.’