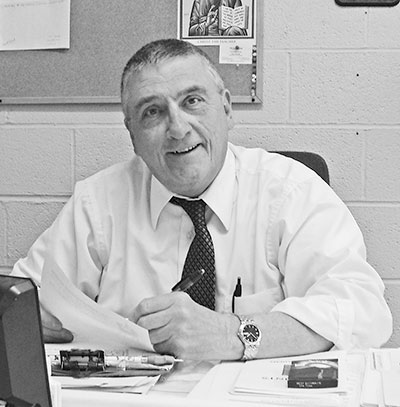 It occurs to all of us at various times in our lives.

The feeling (sinking at the bottom of your stomach) that you may have stepped into something beyond your limitations. This emotion is derived from past similar youthful experiences, coupled with the aging process. So now, let us begin.

There I stood observing the steep, downward slope in front of me. I had in a previous year used my old sled with metal runners. However, this year was different, as my old sled was traded for a plastic one. To magnify it even further, we waxed the bottom with paraffin wax, thus multiplying the speed of the sled exponentially. So, with my grandchildren, ages 7 and 9, along with my son, we proceeded on this adventure.

As they all succeeded in sledding down the hill, I was next. Cautiously, ever so slowly, I attempted various positions to align my body onto the sled. Finally, after accomplishing this feat, it was time to shove off.

Crunch, crunch went the sled, with accompanying scraping sounds as gravity slowly took hold and it increased in speed. Suddenly, we were shooting down the slope. (It seemed so much steeper than when visually observed.) The speed seemed so tremendous that I imagined my face was experiencing the effect of the g-force creating ripples through my cheeks—or was it just the wind and snow?  And then, I was airborne. . . .

As this was occurring, a fleeting thought crossed my mind, and that was “What goes up must come down.”  I thus braced myself for impact. Although it lasted only a few seconds, the return to Earth was jarring. The sled went one way, and I went the other. Laying there, I slowly moved my appendages and all was well, with the exception of my bruised posterior. Then, I attempted to stand up in a dignified manner; but the attempt proved unsuccessful—until the sled was used as a prop.

Ever so slowly, I began my trudge up the slope, sometimes listing between starboard, aft, and port. Eventually, I reached the top again and made two more attempts; with the last, I was finally able to stay on the sled for the entire run.

All in all, it was a wonderful time spent creating memories and spending time with my grandchildren and son. However, my oopy-doopy reminded me of these memories for a number of days afterwards. So, next year, God willing, I plan on attempting to use a snow tube, which will provide a cush for the tush.

Now, back to my Ben Gay, Bayer Aspirin, and Sloan’s Liniment.