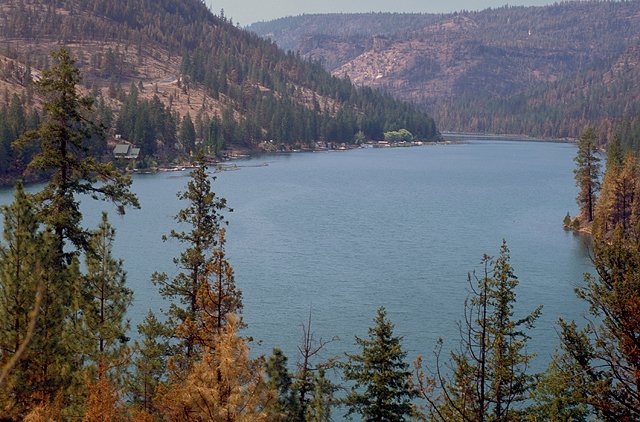 I love living in Mid-Michigan, the four seasons; of course they can occur all in one day in the land of the north country. I have always been in love with the lakes. As I settled into my ‘Comfy Chair’ for a well-deserved nap looking out at my lake, I began to remember where my love of the lake began. As a child when the summer heat would hit the 90′, I looked forward to the Sundays that my Dad would say ‘Let’ go to the lake!’

We lived in a Detroit suburb and the lake that we would go to was Square Lake in Bloomfield. Square Lake was about a 94 acre lake that charged by the carload, you would line up and wait in your hot car, pay your money, find a place to park up the hill on the grass, make your way to the beach area, and if you were early enough, you could find a spot on the beach. If not, you would set up in a sand and grass area or near some small trees. Then you would hike to the beach and hit the water.

I loved the sights sounds and smells of the beach! The sand was always hot on your feet and you would run into the lake to let the water cool your heels so to speak. It was amazing; people were always in a good mood, happy to be enjoying the water. The blended smell of sweaty people, suntan lotion, burgers and hot dogs cooking on the grills, the water, wet grass and slightly fishy lake was emblazoned in my memory.

There would seem to be hundreds of people gathered at the ‘Swimming Hole’ on Square Lake. Of course I was very young and the number of people could be a child’ exaggerated memory. (I learned that childhood memories might not be accurate when I visited my kindergarten school and the Mt Everest size lockers that I remembered were only about 4 1/2 feet tall.) Everyone seemed to get along; people watched out for everyone’ kids to make sure all were safe in the water.

I caught my first fish on Square Lake. My dad fashioned a fishing pole out of a branch, mom had some heavy sewing thread in her purse just for emergencies, and so off I went to catch the big one. There of course was no hook on the black sewing thread tied to my pole, but I was only around three years old so I was clueless and just happy to be fishing.

My older brother Doug had spotted a small dead blue gill floating in the water, he grabbed it, swam under water, slipped the thread through the mouth and out the gill, tied it then he pulled on it and swam away under water. I was thrilled when I felt the tug of the fish on my line, pulled it up and squealed with joy as I caught my first fish!

I proudly ran to the area where my parents were relaxing and they and my two brothers played along that I caught my fish. For years I never understood why they would not clean it and cook it up for me for lunch, and why my brothers took the fish to let it go back into the lake. Of course they put it out in the trash. Years later, they finally told me the true story of how I caught my first fish at Square Lake. I was of course heartbroken, but as an adult I know it was just good-natured fun.

I have often looked back in my mind at those summer afternoons at the lake. I’m sure the owner of the beach has long passed and the swimming hole is no longer available. I hope his family knows how many people were touched in a positive way as they enjoyed going to the ‘Swimming Hole!’

‘Remember, every day is a gift! Some are just a little more fun to open than others.

Joel Author of ‘The Guinea Pig In The Freezer’ joelmvernier@aol.com -¬ Joel M. Vernier May 24, 18.