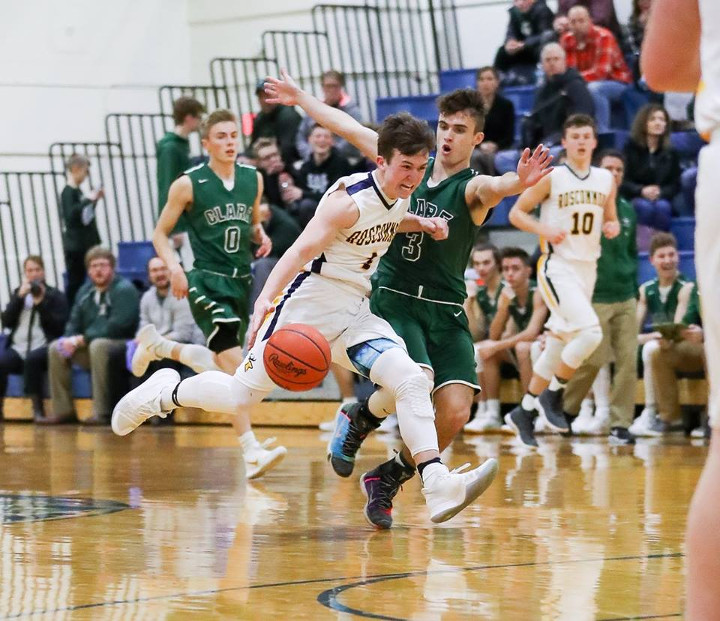 ROSCOMMON – Turnovers were the Roscommon boys basketball team’s downfall when the Bucks went against Jack Pine Conference rival Clare in Roscommon on Friday, Feb. 2, contributing to a 60-47 loss.

“The kids played really hard and competed well,” Roscommon coach MJ Ewald said. “We got great minutes from everyone who stepped on the floor. Clare was able to turn our turnovers into transition points.

“While the loss stings, I’m proud of how we kept battling. Our effort, energy and intensity kept us in the game. Keipert had a strong game for us, as did Heliin and Sarna. Off the bench, Jeffrey Kuchar played exceptionally well, as did Logan Strickler.”

Three players combined to score 39 points as the Bucks topped Gladwin, 56-41 in Gladwin on Jan. 31 in Gladwin.

Dane Smitz was the Bucks’ leading scorer with 15 points, while Sarna contributed 14 and Keipert had 10.

“Offensively, we’re moving pretty well without the ball,” said Ewald. “Defensively, we’re doing a much better job of help ‘D’ than we did early in the year. The kids are working well together as a unit.

“Their hard work is paying off. We still have room for improvement, but the kids know that and come in and get after it every day.”

Roscommon led at every quarter stop in dispatching Jack Pine Conference foe Beaverton, 51-42 on Jan. 26. The Bucks gained a 12-9 lead at the end of the first quarter, and took a 19-15 lead at the half. Roscommon had a 33-25 lead going into the fourth quarter.