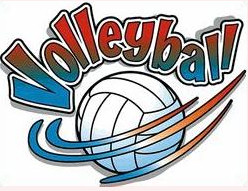 GRAYLING — Unfortunately, home wasn’t quite so sweet for the Grayling girls volleyball team. Matching up against Lake Michigan Conference rival Boyne City in the opening round of the district tournament, the Vikings did better than they had in their first clash with the Ramblers.

Just as head coach Tim Zigila expected, the Vikings had a much better performance with so much on the line. But it wasn’t enough to extend the Vikings’ season.

Despite hanging tough with the Ramblers through the first two sets, losing by narrow margins both times, the Vikings couldn’t get over the hump and fell in three straight sets by scores of 22-25, 23-25 and 18-25.

Kynadi Dole, a sophomore who came up as a freshman, led the Vikings with four blocks and nine kills. Senior setter Alison Brown had 28 assists and three service aces. Jasmine Youngblood had 10 kills and two solo blocks.

“Compared to the first time we played Boyne, the girls played really, really well,” Zigila said. “We came out and we were aggressive. I thought we matched up with Boyne well.

“They had a couple of pretty big kids, but I thought overall the girls played well. We were hosting districts, so it was kind of bittersweet to go out in the first round.”

Neither team could take more than a two- or three-point lead in the back-and-forth affair until the third and final set when the Vikings began to fade down the stretch.

Zigila changed the team’s lineup a couple of times during the season, and then again in the district tournament.

He felt that those personnel changes had a positive effect on the Vikings’ performance.

Grayling faced the Ramblers in the third week of the regular season, and Zigila didn’t feel the Vikings were together as a team yet.

“We were still trying to get to know each other a little bit, and made a ton of service errors,” Zigila said. “The girls cleaned that up really, really well. Tonight, we only had seven errors in the three games.

“For us, that was actually pretty good.”

Grayling loses only two seniors, and has some girls coming up through the ranks that are good players and enjoy the sport, Zigila said the middle school program has good numbers,

The Vikings need to find a new libero and a starting setter, but Zigila said he thinks he has kids in the pipeline that have experience to fill those roles next year.