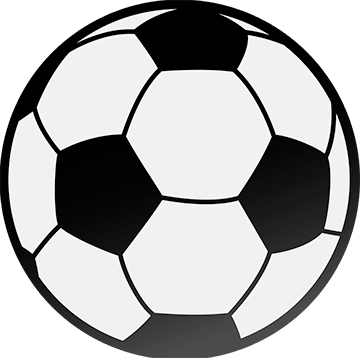 BOYNE CITY — It wasn’t the kind of game Grayling boys soccer coach Andy Moore expected, but he’ll take the results just the same as the Vikings turned back Boyne City, 4-2 in a Division 3 district quarterfinal matchup in Boyne City on Thursday night.

After a rocky start, when they spotted the Ramblers a 1-0 lead early in the first half, the Vikings settled down and played one of their best games of the season in registering their third straight win and improved their record to 12-4-2 in the process.

“I prepared for a typical Grayling, Boyne City game, which is low scoring and not a whole lot of opportunities for either team,” Grayling coach Andy Moore said. “At least, the two games I’ve coached this year. I know it’s been that way in the past.

“There was a lot of up and down, a lot of chances by us, and they had chances, too. I kind of had to change the coaching philosophy on the fly. It was a wide-open game, which I wasn’t expecting.”

Playing conditions certainly were not ideal, with a constant rain soaking the playing surface and the competitors. The cold temperature just served to compound everyone’s misery. But it’s something one anticipates this time of the year in northern Michigan.

Eliot Boik was a one-man wrecking crew for the Vikings, scoring three goals and adding an assist in leading a Grayling comeback. Andrew Walsh had the other Vikings goal. Anthony Harrington contributed three assists.

The Ramblers scored the first goal of the night just one minute and 10 seconds in, and the Vikings were shaken into temporary disarray, scrambling to find their equilibrium.

“We kind of looked frazzled, I guess,” Moore said. “We just didn’t have the start we wanted to. We settled down after a little bit, and I thought we Boik scored a couple of goals to boost the Vikings into a 2-1 lead. But the Ramblers, who finished the season with two straight losses and a 10-7-3 record, came right back with a goal to tie the score, 2-2.

Grayling caught a break later in the first half when it was awarded a free kick, and Boik capitalized on the chance with his third goal of the game to give the Vikings a 3-2 lead it would keep the rest of the way.

The Vikings dictated play after that, until the end when the Ramblers were pressing to try to score. By that time, Harrington had scored and Grayling was protecting a two-goal lead.

“Overall, it was just a great team effort,” Moore said. “Mitch Harrington again was huge on defense. For a freshman, he’s playing very well. Alec Gardiner is our center ‘D’ and was just everywhere on the field.

“He’s a great player, never makes mistakes. Jacob Schade again had another good game, lots of touches on the ball. Anthony Harrington, another center ‘D’, he roams around the field and creates havoc. Just another great game out of him.”

Regular goalie Logan Cobb made eight saves on the night, all of them crucial in keeping the Vikings in the game until they could shake off their malaise and get their game in sync.

“When we need a save, he’s there to make it,” Moore added. “No different tonight. Their second goal was a mental breakdown defensively on us, some people just didn’t cover where they should have.

“That’s been the growth of this team this year, how we bounce back when we give up a goal. Especially when we have a mistake. From the beginning of the season until now everyone stays upbeat and remains positive. That’s a big thing for sure.”

In the two previous games with the Ramblers this season, the Vikings lost, 2-1 at home the third game of the season back on Sept. 1 and came away with a 1-1 tie at Boyne on Sept. 24.