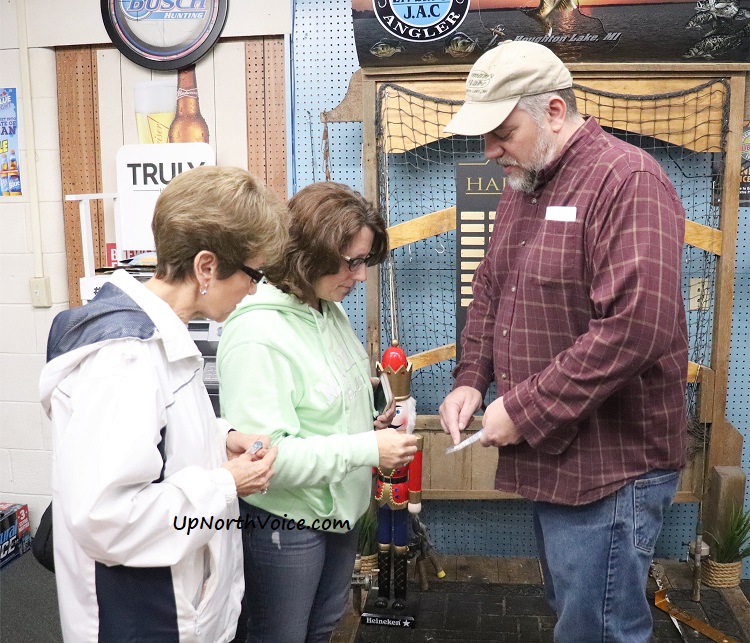 HOUGHTON LAKE – Jacob Chipman was a fisherman among fisherman. Someone who knew how to fish and spent many hours honing the craft. He was a Master Angler, earning six Master Angler patches since 2013.

To earn an MA patch through the Michigan Department of Natural Resources, one needs to catch a fish that meets or exceeds the minimum established length of its species.

Jacob could clear a pier according to his mother. Whether it was in Florida where they vacationed or Michigan, Jacob would throw out his line and start reeling in the fish. The other anglers, who had landed few fish, would leave after witnessing Jacob’s skill.

“You could be fishing right next to Jacob and not catch a thing!” his uncle, Jim Bigelow, added.

It’s not just the number of fish Jacob would catch, he could land rare, hard to catch fish. He caught three sturgeon, two of them the same year out of Otsego Lake. In 2018 he caught a tagged fish out of Houghton Lake which entered him into the Houghton Lake Area Tourism Bureau’s ‘Catch Us If You Can’ contest.

As a kid, Jacob started going to Lyman’s On the Lake, a bait shop in Houghton Lake, when Lyman Foster owned it.

“He’d drag his sled there and get bait,” Davis said. “Once Kurt got here, he got a part time job here stocking coolers.”

“He was an excellent worker,” Kurt Beachnau, current owner of Lyman’s, said.

“He’s the only kid I know who could find a mud puddle and catch fish out if it,” Wayne Jaworski, team member of Lyman’s added.

Even after moving to Wolverine, Davis would drive Jacob into Houghton Lake to work. It gave him a chance to talk to the customers, often recommending what type of bait to use or offering fishing tips.

“Jacob was a very kind soul. Being here (Lyman’s) he was able to socialize. It was a joy to him,” Davis said.

Earlier in 2019, Beachnau had started the Lyman’s Junior Angler Club, a fishing program for youth 16 years old and younger.

It took a few years and input from many people to come up with the details. For a $20 fee, youth receive a tacklebox, membership card, six types of bait, and a tackle of the month. The youth come into Lyman’s to receive their bait and to show off their catch. While there they learn what type of bait will catch different types of fish.

Once they start catching fish, they are marked off on their catch card – a card listing four game fish, largemouth bass, small mouth bass, walleye, and pike; and five pan fish, sunfish, crappie, bluegill, rockbass, and perch. By catching all the game fish, the angler will receive a pin. They receive another pin once all the pan fish are caught.

“There was something missing,” Beachnau said. “How to keep them fishing? Then I realized, this is how we can honor Jacob and do something for the kids.”

‘This’ was a Hall of Fame plaque dedicated to Jacob. Once a youth had caught all the fish on their catch card, their name would be added to the plaque. Each time they fill the card a stamp will go next to their name.

The plaque was designed and made by Brian Mester of Northern Creative in Houghton Lake. It includes a photo of Jacob in his typical fishing gear, shorts and boots, holding a fishing pole, with a rainbow in the background. Also mounted on the plaque is the last Master Angler Patch Jacob earned, and a dedication that states:

‘Lyman’s team member, Jacob Chipman, loved fishing and helping others to be better fisherman. He lived to fish and was very good at it…he earned six Michigan Master Angler awards.

This Hall of Fame plaque is dedicated to his memory for all junior anglers who share his skill and passion for fishing.’

What better way to honor a young man who shared his love of fishing with all who knew him, than to have his name and photo on a plaque dedicated to kids following in his footsteps.

For more information on Lyman’s Junior Angler Club, stop in at Lyman’s on the Lake at 6560 W. Houghton Lake Drive, Houghton Lake, or visit lymansonthelake.com/junior-anglers-club.

To submit information for publication, or for questions regarding promotion of your business, please email mconstance@UpNorthVoice.com, or call 989-275-1170.