‘Please pick up after yourself, leave only footprints’ 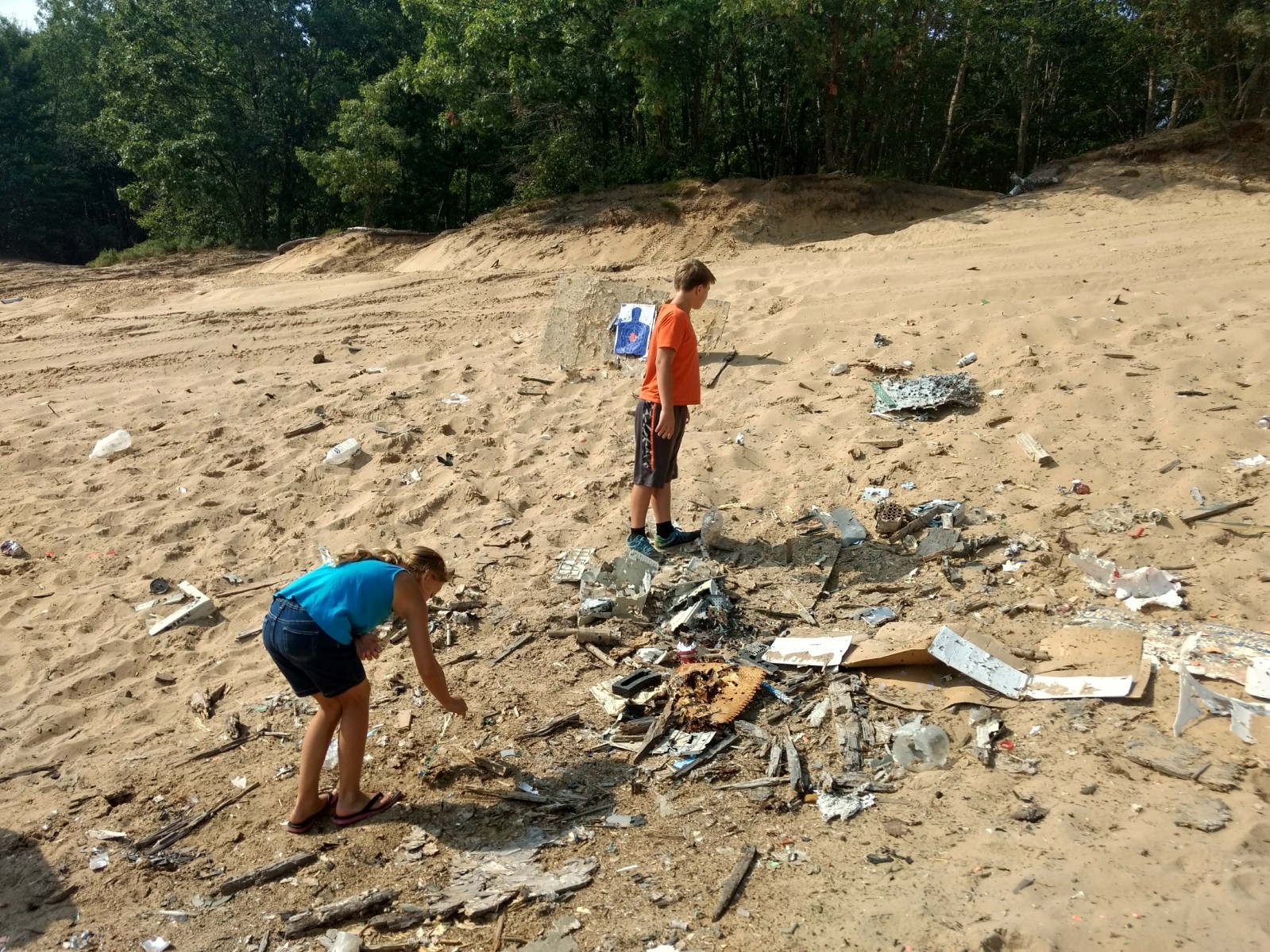 ROSCOMMON- On Sunday, Aug. 20, two local kids visited the ‘Clay Pits’ off of School Road in Roscommon, to do a little target practice. They were disgusted by the amount of trash that was left by others who had used the state land. The duo returned to the ‘Clay Pits’ two days later, bringing along a friend.

Terrence Holzhausen, Holly Vincent, and Bradley Vincent used shovels, rakes, pitchforks, and gloves to clean up the mess up. The mess was created by people shooting various objects including, but not limited to old computers, microwaves, glass bottles and paint spray cans.

There was a lot of trash, two blue 90 gallon curbside trash bins plus a pile of metal.

In eighty degree weather it felt like it took an eternity, but after three and a half hours the trio was done.

The trio would like to remind people to dispose of trash responsibly. They also recommend using appropriate targets such as paper targets and clay pigeons for shooting practice.

Please use the general rule of take only memories and leave only footprints.

< >If you have information you would like to see published, email Theresa Ekdom at theresa@ausablemedia.com, or Elana Warsen at elana@ausablemedia.com. You can also enter calendar items at your convenience at ww.UpNorthVoice.com.

How does Huron Pines plan its river projects?