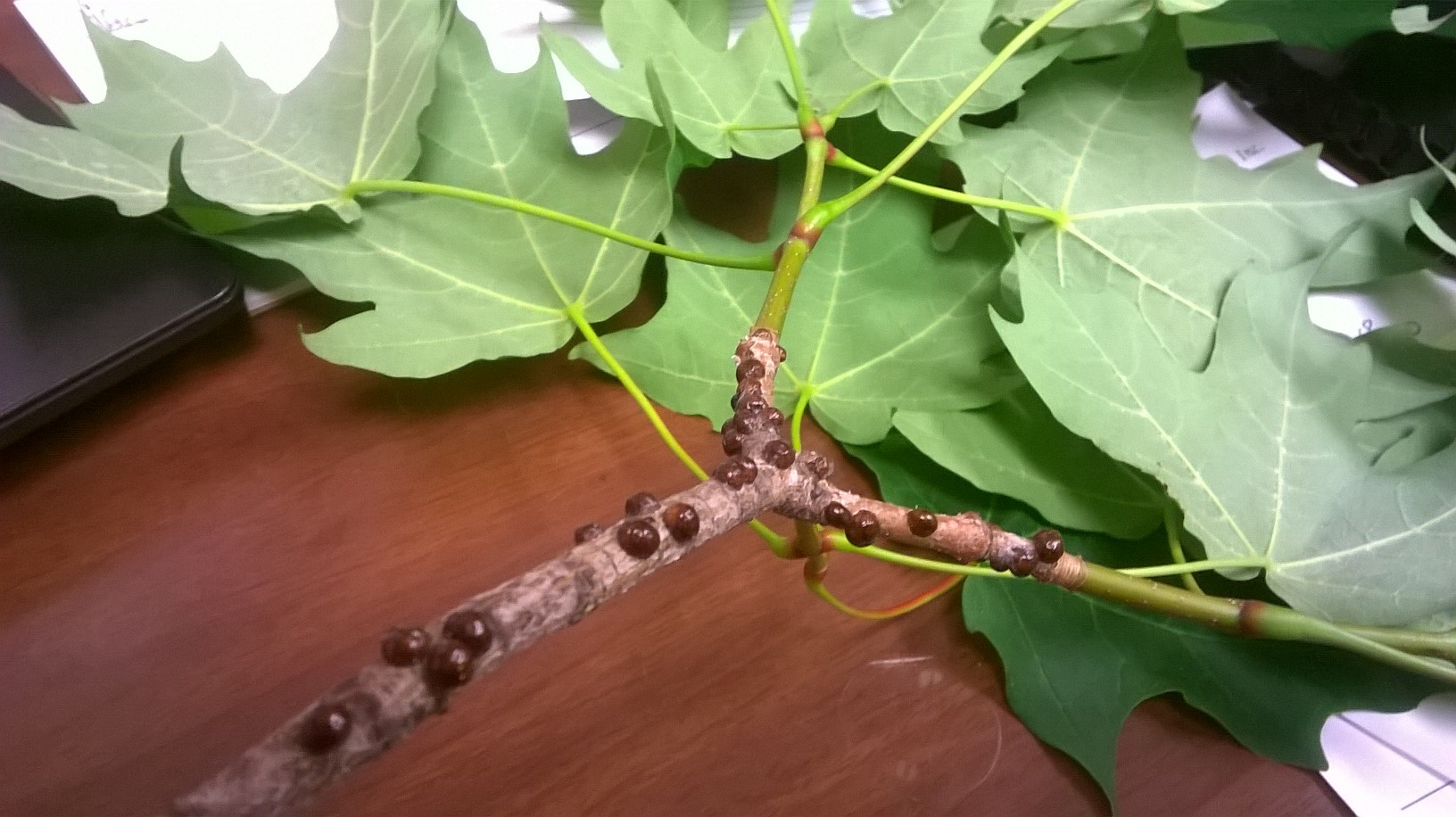 Michigan Department of Natural Resources field offices have received a number of calls from concerned residents in Crawford, Otsego and Roscommon counties regarding Lecanium scale infestations and resulting ‘honeydew,’ a sugary substance secreted by the pests as they feed on trees and plants. The Lecanium scale also may be active in other areas of both the Upper and Lower peninsulas.

Lecanium scales are small, spherical insects often found on trees’ small branches and twigs. Infestations first are detected in the spring and early summer as eggs hatch and immature scales called ‘crawlers’ seek feeding sites on the undersides of leaves.

Repeated heavy Lecanium scale infestations can cause branch mortality or crown dieback in trees. Honeydew often is mistaken for tree sap as it covers cars and buildings under infested trees. Accumulation of honeydew also can lead to the growth of black, sooty mold.

Both oak and maple trees are affected. Lecanium scales rarely kill mature trees, but they can be harmful to young trees.

Infestations often go unnoticed until either tree symptoms are present or people wonder why their oaks and maples are dripping so much sap (e.g., honeydew). Ants crawling up and down trees are also a sign of a Lecanium scale infestation. Ants feed on the sweet honeydew. Watering infested trees during periods of drought will help maintain tree vigor.

Scale populations usually are kept below damaging numbers by natural enemies, especially lady beetles and tiny parasitic wasps. However, there may be times when biological control is not sufficient and scale numbers become abundant, requiring management. Many entomologists suggest pesticide treatments be avoided unless absolutely necessary, in order to allow for the buildup of predators and parasites.

The best time to treat scales is when the crawlers are feeding on the leaves, as they are now in many areas. Once the crawlers return to the twigs and branches and become shell-like adults (see picture) they are difficult to control.

For folks who want to remove the honeydew coating their cars, according to the University of Minnesota Extension, honeydew can be removed from vehicles with a wax and grease remover. Other options include rubbing alcohol or WD-40.

For more information on Lecanium scales and the condition of Michigan’s forests, visitwww.michigan.gov/foreshealth and click on the 2015 Forest Health Highlights Report.