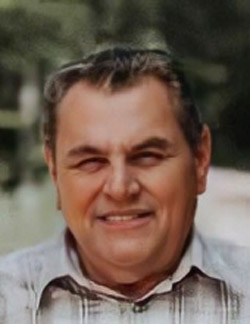 Nickolas Petrik, age 80, passed away on Sunday, November 6, 2022 at his home in West Branch, MI surrounded by his family. He was born on September 4, 1942 in Ruma, Yugoslavia to Paul and Teresia (Habenchus) Petrik.

Nick lived in West Branch since 1993 formerly of Detroit, MI.

Nick served in the United States Army from 1962-1964 stationed in Korea. He worked for the Detroit Police Department and retired after 26 years of service. He was a member of the Police Officers Association and a member of the Holy Redeemer Church in Detroit and the Ogemaw Hills Free Methodist Church in West Branch.

Nick enjoyed computers and gadgets. He especially enjoyed spending time with his family.

He is preceded in death by his parents and sisters Mary and Julie.

A Memorial Service will be held at Ogemaw Hills Free Methodist Church in West Branch on Sunday, November 13, 2022, at 12:30 p.m. Pastor David Kurtz will officiate.

Inurnment will be at Great Lakes National Cemetery in Holly, MI with veteran honors at a later date.

Memorial contributions can be made to Cardinal Hospice.