Gary was born in Detroit Michigan on August 5, 1941. He was predeceased by his father, Don Boushelle, mother Tynna Olkkonen, sisters, Barb Conner and Carol Yeager, and brother Joe Boushelle.

He attended Suomi College (now Finlandia University) followed by Wayne State University where he received his degree in Wildlife Biology. In 1965 he joined the Department of Conservation, which was later named the Department of Natural Resources (DNR). He retired from the DNR in 1998 as the State-wide Field Supervisor.

Gary, while not a Roscommon native, became very active in community service after his arrival in 1976. He was a 30 year member of the Mid-Michigan Board of Directors and a 40 year member of the Higgins Lake –Roscommon Lions Club, and also a member of the VFW Auxiliary, Roscommon Historical Society, and DNR Retiree’s Association where he served two terms as President as well as participating in the annual Fireman’s Memorial Festival from its inception.

Gary also was a member of a number of many wildlife organizations including Ducks Unlimited, Rocky Mountain Elk Foundation and the National Turkey Federation. Until his 60th birthday he was an avid member of the Lewiston Curling Team.

Gary would be the first one to tell you he was just one person of many trying to make the world a better place. His friends and family will tell you his most inspirational trait was the way he related to people. He never said a bad word about anyone and was always willing to help those who needed help in any way he could.

As a result, Gary’s final wish was to donate his organs through the “Gift of Life” in order to help those in need.

In lieu of flowers, Gary’s family asked that donations be made to the Gift of Life Michigan, 3861 Research Park Drive, Ann Arbor, MI 48108.

Funeral services are scheduled for Sunday, May 16 at Wagner-Walsh Funeral Home in Roscommon.. Visitation is at 1 p.m. with the service to follow at 2 p.m. 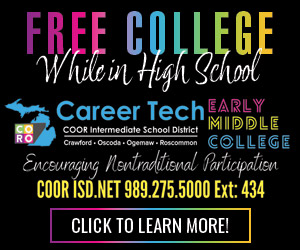