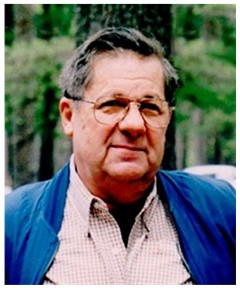 He was born in Manistique on May 27, 1934, the first born of Frank and Evelyn (Corey) O’Neil of Gilchrist. He graduated high school in Engadine in 1952. He was employed by the Michigan Department of Natural Resources for 27 years, retiring from the Forest Fire Division in Roscommon in 1991.

Mr. O’Neil was a lifetime member of the National Rifle Association, and loved to hunt and fish rainbow trout in his beloved Upper Peninsula.

He was preceded in death by his parents; his sister, Clarissa ‘Cookie’ and a daughter, Stacy Ann O’Neil. He is survived by daughters, Tanya (O’Neil) Sloan of Missouri and Natalie O’Neil of Roscommon; two grandsons and four great grandsons.

A private family service will be held at a later date.

Memorial donations may be made to Hospice of Michigan, 830 S. Otsego Avenue, Gaylord, MI 49735.