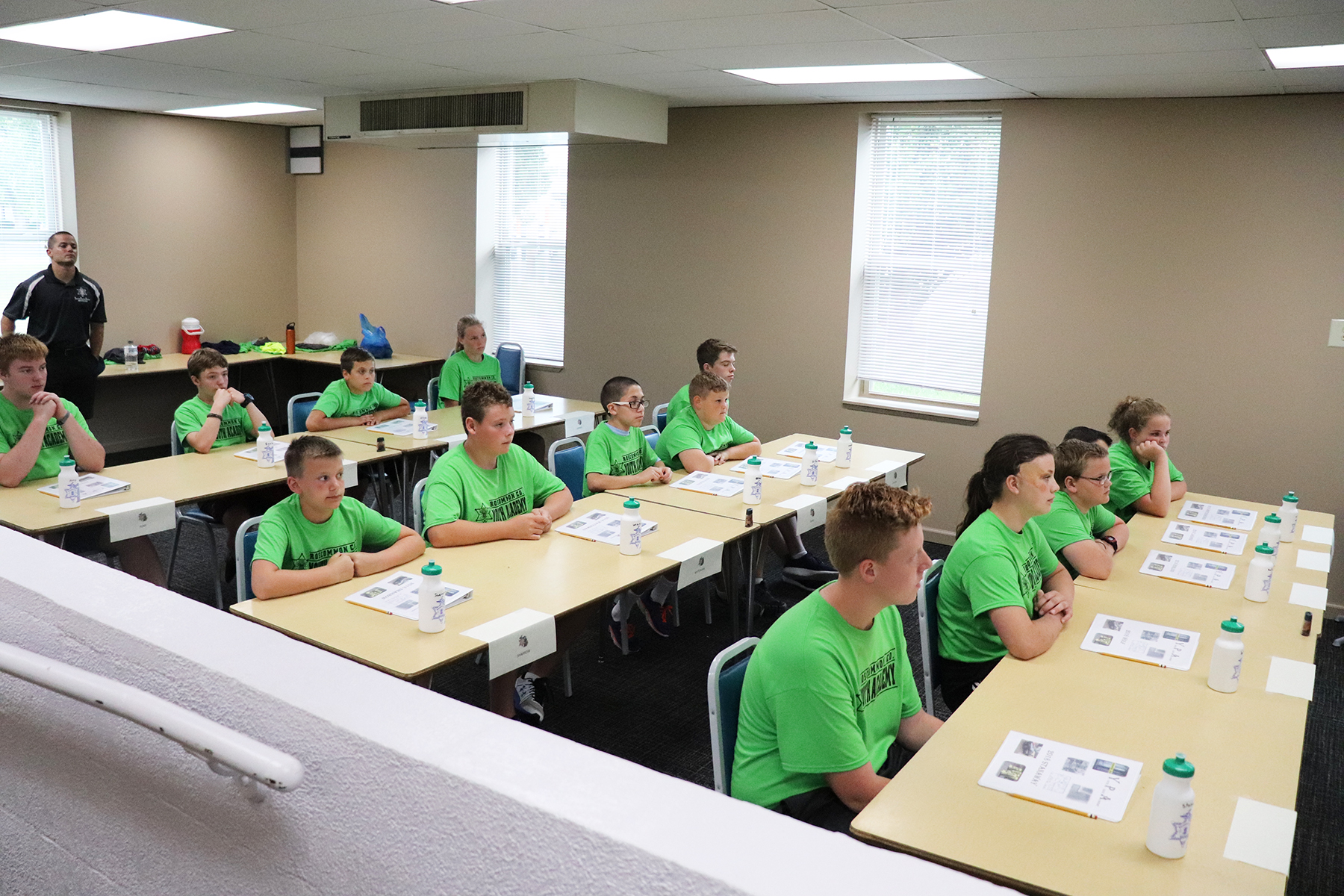 By Theresa Ekdom
ROSCOMMON – The Roscommon County Sheriff department held their annual Youth Police Academy at the end of June. 14 cadets, age 10 to 16 met to learn the different aspects of law enforcement. ‘It’ a way to reach out to the youth in the community,’ Undersheriff Ben Lowe said. The youth, both boys and girls, reside throughout Roscommon County. Officer Jonah Schutte and Trooper Kyle McInerney led the two week program.
In addition to classroom instruction, cadets met with other law enforcement officers including Conservation Officers, the County dive team, and EMS personnel. They learned about accident investigations, search warrants, K9 searches, and more. At the end of the Academy, a graduation ceremony was held at Wallace Park in Roscommon. Many of the cadets return yearly and some have even continued by taking Public Safety courses at Kirtland Community College.
In addition to the Youth Academy, the Sheriff’ department also holds an academy for adults. They are currently accepting applications to be a part of this year’s citizen’s police academy. The academy will be held one evening a week for eight weeks beginning August 6. The program is free to participants and is a great way for members of our community to learn and experience new things with members of our local public safety organizations. If you are interested, in being a part of this year’s police academy please contact the Sheriff’s Office at 989-275-5101. The deadline to apply is Monday, July 30