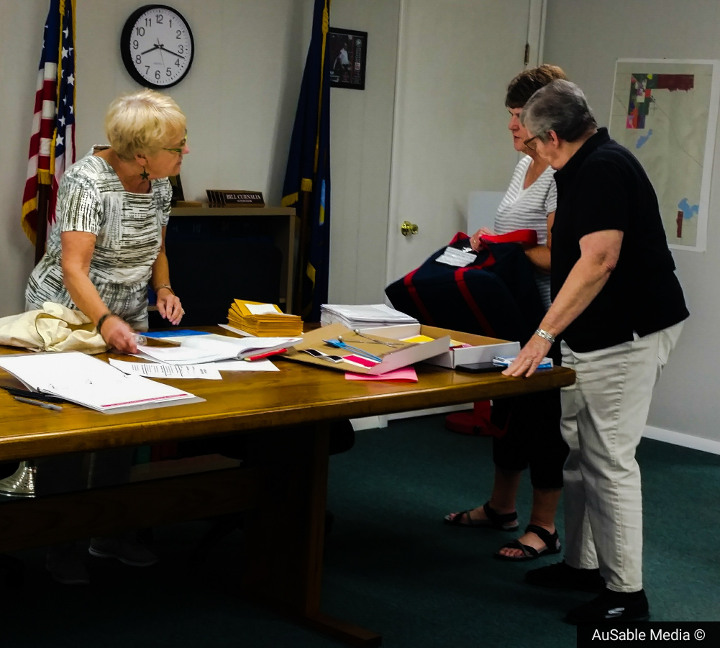 ROSCOMMON COUNTY – Roscommon County voters had four issues to consider in the May 8 election: School millages for Houghton Lake (1) and Roscommon (2), and the recall election between Roscommon Village President Dan Fishel and Councilman Mike Miller.

All results are unofficial.

The defeat ends a contentious period in village history that began in 2014 when Fishel defeated former President Erine Adams. A majority of incumbent council members, upset over the results of the election, removed virtually all authority from the president’ position within a few months of the election; in part because Fishel declined to appoint Adams to the Roscommon Downtown Development Authority (DDA) Board.

It’ unclear whether council will reinstate that authority back to the position now that Miller has been elected.

As one chapter in village history closes, another one may open if resident Bob Vineyard has anything to say.

According to Roscommon County Clerk Michelle Stevenson, on May 4 Vineyard filed requests to recall Clerk Dawn Dodge, for “missing 6-8 meetings in 2017”; and Trustee Dan Scow, for “unethical practice” requesting the resignation of former manager John Rosczyk, in order to be appointed to that position. The wording said the “firing” would have cost the village $10,000.

Vineyard successfully filed suit against the village last year over a dispute involving water and sewer fees. Despite a judgement against the village, it has not paid him the court-ordered amount, which he claims, according to submitted petition wording, that Dodge is responsible in her capacity as clerk, to pay.

A special meeting has been scheduled for May 24 at the Roscommon County Building at 10:30 a.m. in Conference Room 101 to review the wording.

Roscommon County Probate Judge Mark Jernigan, Stevenson, and Roscommon County Treasurer Rebecca Ragan will determine at that meeting whether the submitted petition language is legal. Their decision can be appealed for up to 10 days. If the language is deemed legal and not appealed, on June 4 petitions can start being circulated.

For the recall to take place, 25 percent of the number of voters who cast ballots in the last governor’s election must sign a petition. Stevenson did not have those numbers readily available. Time period to collect the signatures is capped at 180 days.

In the Houghton Lake Community Schools District, voters denied a new millage to add a new building, and repair others for a total cost of $49,760,000. The proposal fell 2,519-960.

The proposal would have demolished Collins Elementary; and Houghton Lake Middle School would be converted to an alternative education and community education facility. A new k-8 school would have been constructed and the high school rehabilitated.

Proposal 1 was a renewal for $3.5 million. Cost was for .20 mills (.20 on each $1,000 of taxable value) and ran 12 years. It would have paid for remodeling, including school security purposes, and equipping and re-equipping school buildings; purchasing school buses; and developing and improving parking areas and sites.

Proposal 2 was for $4,477,000 over 15 years. This proposal was for .60 mills (.60 for each $1,000 of taxable value) and would have been used for remodeling and re-equipping school buildings; purchasing school buses; and developing and improving athletic fields, facilities and parking areas.