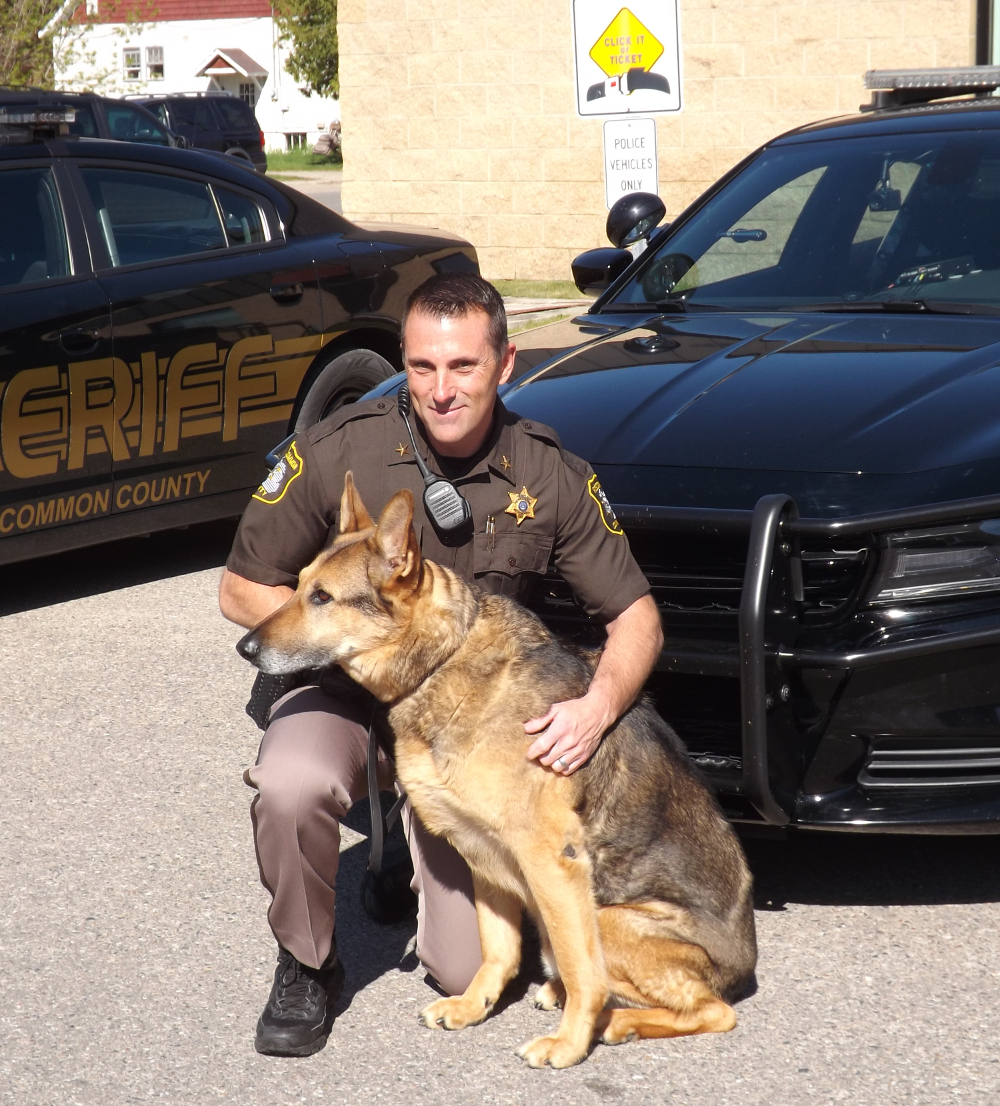 Yeff has been by Stern’ side, riding day in and day out as his partner in and out of the field for more than 10 years. Yeff has made many good busts and assists in his days on the job from his first breaking and entering case where he tracked the suspect all the way to his home for the arrest; to tracking down a lost hunter last year that allowed him to return home safely.

Yeff will retire officially on Wednesday May 25 from the force. Mentally Yeff is ready every day to get up and go to work as he was trained to do. However, his physical limitations as an elderly dog are starting to set in.

‘I will miss my partner always being with me and his ability to do the job the way he has. I’m happy we had the time to create the strong bond it has made between us. This will be hardest on Yeff though, because getting up and going to work is all he has ever known.’ Stern said.

Yeff will get to retire at home with Stern and his family along with their other German Sheppard, Lucah. Although Lucah was not trained in the K9 way that Yeff was, does attend events such as school classrooms to let the children learn about the K-9 Unit where she is happy to socialize with the children.

‘Lucah has been like a Mascot to the sheriff’ department.’ said Stern.

Joining the K9 Unit at just 15 months old, Yeff is now just over 11 placing him in the geriatric category and roughly making him 70 in human years, which is a good age to retire and enjoy being home with his family.

Even though Yeff is retired he will still occasionally get to go into the office alongside Stern, he just won’t be going on any calls for service. The new K9 dog named Ghost, has been chosen and trained to ride with the newly appointed canine officer, Deputy Dakota Darsow. Ghost and Darsow completed their month long certification school through Northern Michigan K9 in Clare.

‘The K9 program is funded through donations from a very supportive community and although this is bittersweet, I believe the younger generation will take this program forward and help it to succeed even more than it does now.’ Stern added.

To comment on this story send an email to andreagregory1984@gmail.com

GRAYLING, Mich. – There will be No small arms ranges scheduled for this week. It should be  quiet for residents located north of Howe...
Read more
News