Mio Hobby and Games provides a community for gaming enthusiasts 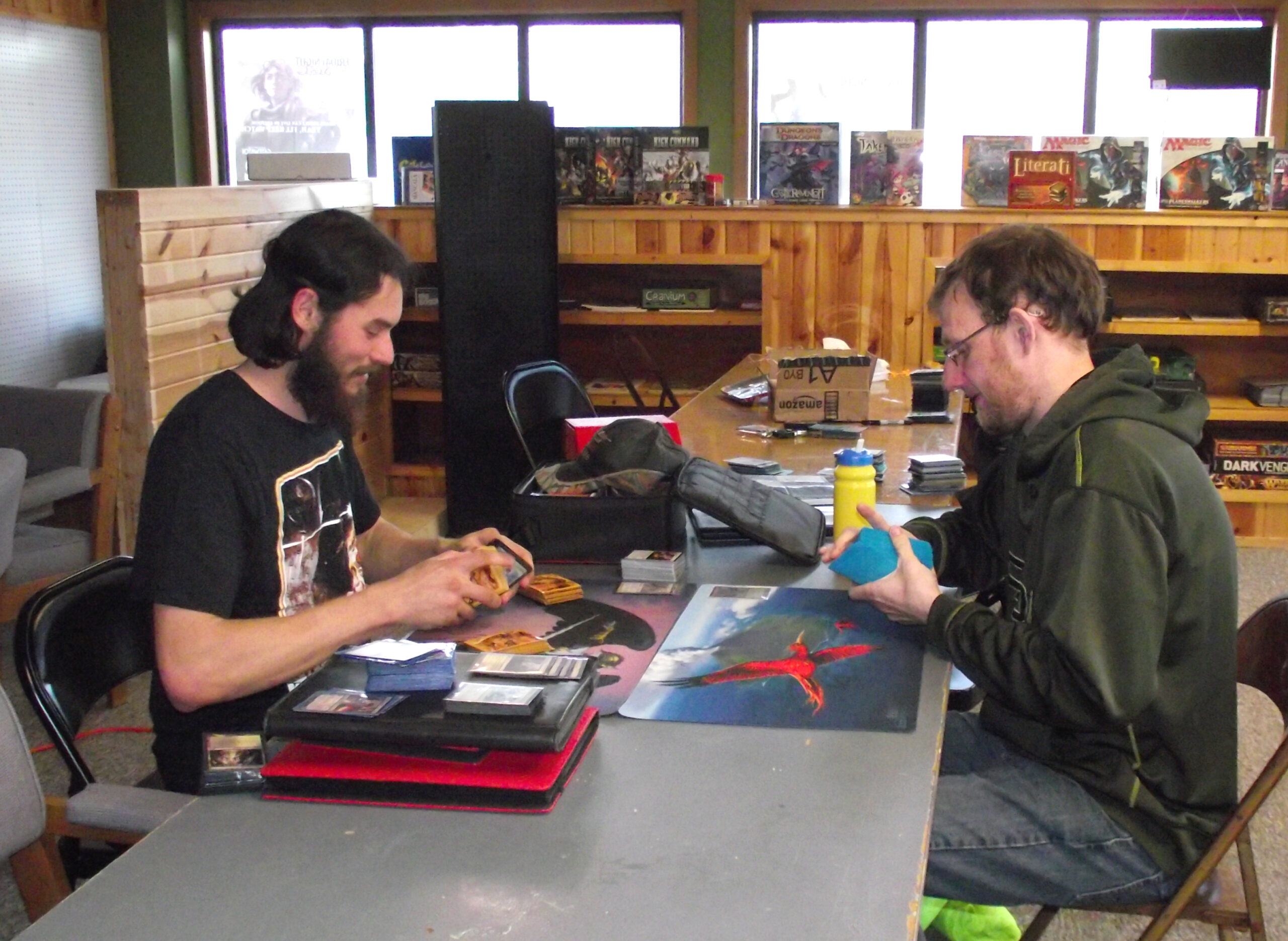 MIO – A new hobby store in Mio is about more than just fun and games, according to coordinator Martin Siesto. Siesto and his colleague, Mike Tiltman, opened Mio Hobby and Games in downtown Mio this winter in part to give young people a safe and fun social outlet.

‘I wanted to provide a place for kids to spend their free time if they are not into sports or outdoor activities,’ Siesto, a former art teacher, said. Those activities include Magic: The Gathering (a card game), collectible card games, role playing board games, war play, and video games. Siesto hopes to add Oculus Rift, a virtual reality display, later this year.

‘Some people have an impression that role playing games are violent, but the truth is that they encourage kids to read more and to engage in creative thinking,’ Siesto said, adding that patrons are discouraged from spending time on their smartphones while in the shop.

Siesto and Tiltman got started by holding events at the Oscoda County Library. As interest in gaming grew, they looked to move to a freestanding location. Mio Hobby and Games has been active in its current downtown location since Jan. 1, Siesto said.

The store’ most popular event is Friday Night Magic, a weekly Magic: The Gathering tournament that starts at 6:30. Average turnout is about 16 competitors, Siesto said, with an all-time high of 30. At a recent tournament more than a dozen people were in attendance, despite a power outage that forced players to compete by candlelight.

‘I have a heart for gaming’and for kids,’ Siesto said. ‘We are open to doing what people want. We just need to get the word out.’