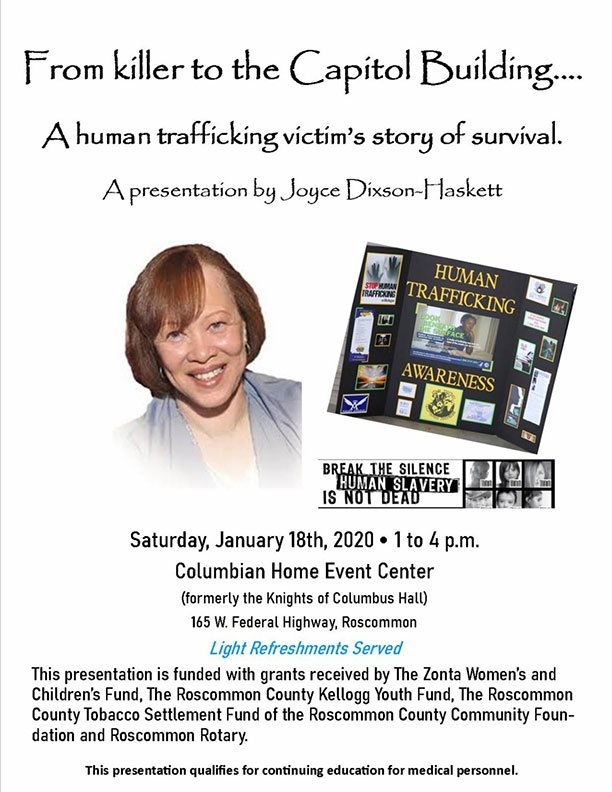 CRAWFORD COUNTY -Troopers from the Roscommon County Sheriff Department and Michigan State Police (MSP) Houghton Lake post arrested two men Jan. 10 who were later arraigned on a variety of charges, including the imprisonment of a downstate woman.

Troopers were dispatched about 3 a.m. to assist with an investigation of an alleged human trafficking case. Deputies had the woman in custody for stealing a vehicle. She alleges she escaped a residence on Roberta Drive in Crawford County where she was being forced to clean the residence and perform acts of prostitution. The victim stated she was being held against her will by two suspects, identified as James Manford Jarrell and Jeffrey Allen Kobel, both 50 years of age and Roscommon residents.

The victim had been brought up north from Ypsilanti a few days earlier. There was also alleged drug dealing at the residence.

Jarrell was arraigned in 87th District Court and charged with two counts Criminal Sexual Conduct First Degree (During Felony), both felonies punishable by Life; one count Unlawful Imprisonment, a felony punishable by 15 years and/or $20,000.00; and Habitual Offender Fourth Offense. Jarrell’s bond was set at $100,000.00 cash/surety.

Both remain lodged in the Crawford County Jail.