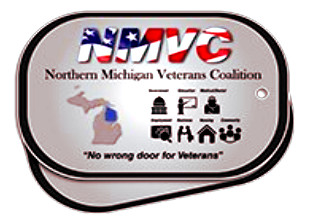 NORTHEAST MICHIGAN – Forty-five years ago, January 22, 1973, the Vietnam Peace
Agreement was signed by the United States, North and South
Vietnam and the Vietcong.

Officially, the war was to end January
27, 1973, though lives continued to be lost well into 1975 and the
fall of Saigon. During these years, with the exception of a bully or
two, I was safe in Jr. High School. Young men and women, a mere
6 years my senior, had been engaged in a world I could not have
imagined.

As we know, far too many did not return home to the
safety of the world I enjoyed at that time. Too many others returned
with the physical and mental scars of war, only to be further
scarred by the political turmoil and cultural atmosphere of the
times. After 45 years, families of 58,209 Vietnam veterans still
mourn their loss.

In Viet Nam, as in all wars, those who served
certainly all had and continue to have individual political ideals and
beliefs. It is a right both deserved and fought for. Our nation’s
defenders have always preserved this right for all citizens of this
great country. They continue to do so.

In our current divisive
times, let us challenge ourselves to remember this in our daily
lives. Instead of our differences in political beliefs being allowed
to divide us, may our very right to differ be the glue that binds us
as fellow citizens. Difference creates opportunities for healthy
reflection, cooperative solutions and growth for all. Divisiveness
weakens us all. Allowing divisiveness to destroy our strength as a
nation, will only dishonor the sacrifices good men and women have
made.

Lastly, may I offer a special thank you to those who served
our nation while I was safe in Jr. High School. What I did not fully
comprehend then, I truly appreciate now.
Arthur L. Ohlrich, Member of the Board, NMVC