Home News Soaring high with feet on the ground
News

Soaring high with feet on the ground 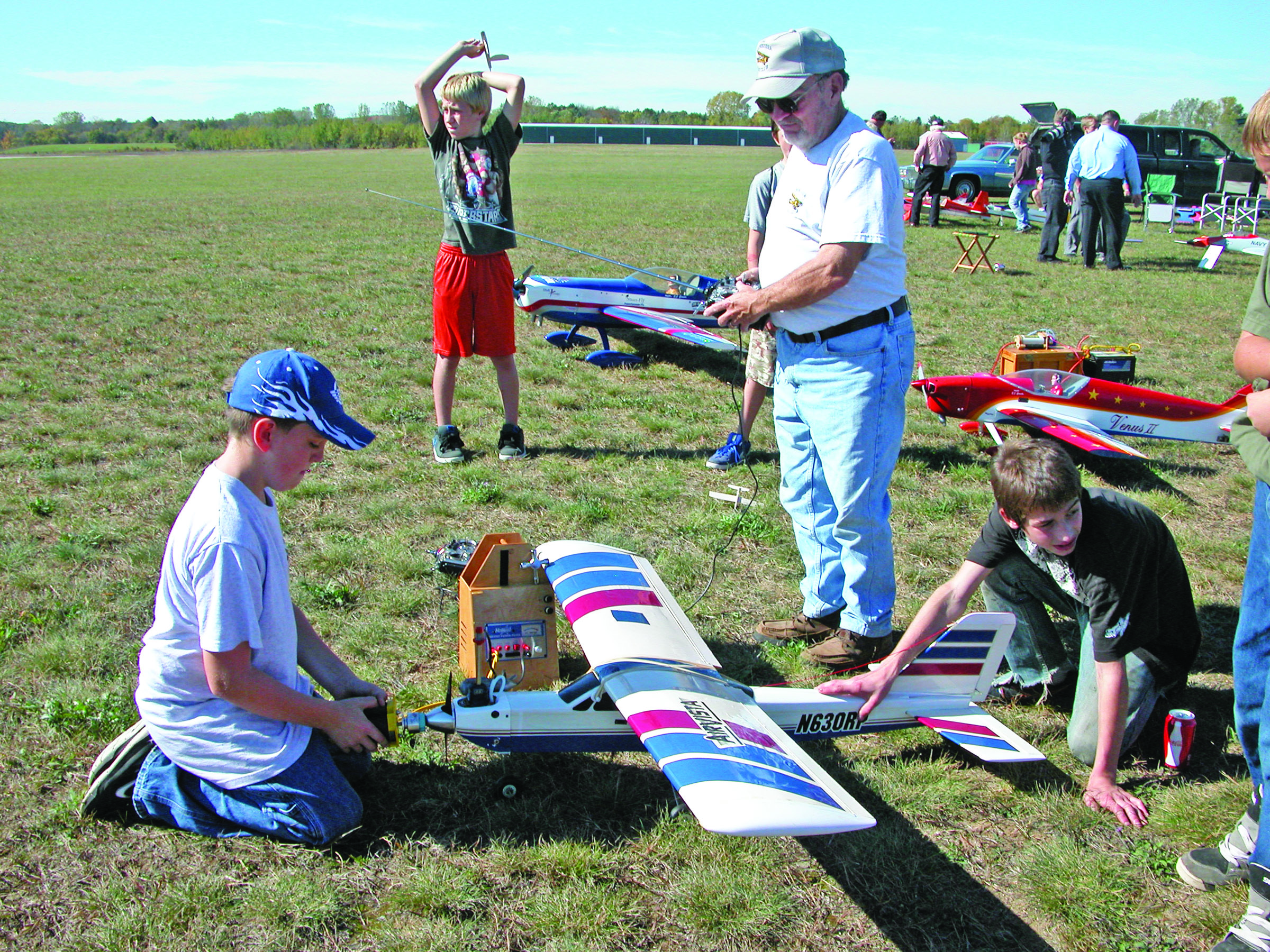 GLADWIN – E.J. Gronda flies miles in the air, but keeps his feet on the ground as The Gladwin Area RC Club instructor.

‘I was kind of born into it,’ Gronda said of how he got involved.

‘My dad was more than my dad, he was my best friend,’ Gronda said of his late father.

There are many things about the hobby that he enjoys.

‘I love the camaraderie of it,’ Gronda said. ‘I love to fly; I love to build airplanes. But it wouldn’t be as much fun doing it alone.’

Luckily Gronda enjoys the building part. When asked how many planes he’ crashed, he responded, ‘All of them.’

His crashes included his favorite airplane, a $4,000 Yak 54, which is a third of the size of a real airplane.

‘I put it in a tree last year, but it’ back to normal and ready to go again.’

Gronda once lost involvement with RC airplanes when he went to college at Central Michigan University. Later, his dad did also. But in 1973 when Gronda and later his father, moved to Gladwin they picked it up again.

‘I got him back involved with it,’ Gronda said of his dad.

With both of them back in the air, the father and son, joined by Randy Roman, then of Beaverton, started the Gladwin Area RC Club. Roman moved to Georgia where Gronda saw him six years ago still flying.

Gronda, a retired teacher from Saginaw’ Webber Junior High, where he taught industrial arts and technology education for 31 years, enjoys building planes. He confesses to having all kinds of spare parts lying around his workroom.

In addition to playing in the sky, Gronda is musically inclined. He had a group called E.J. & The Echoes in 1960s. Now he shares his talents as a song leader at Emanuel Baptist Church in Gladwin. He writes songs, sings and plays guitar. He is performing with his new group, The Medallions, on Aug. 29, during Tuesday in the Park in Gladwin.

The Gladwin Area RC Club meets at 5 p.m. Mondays at the Gladwin Zettel Memorial Airport. The group is currently offering a trainer night with three trainers available to teach people of all ages how to fly radio controlled airplanes.