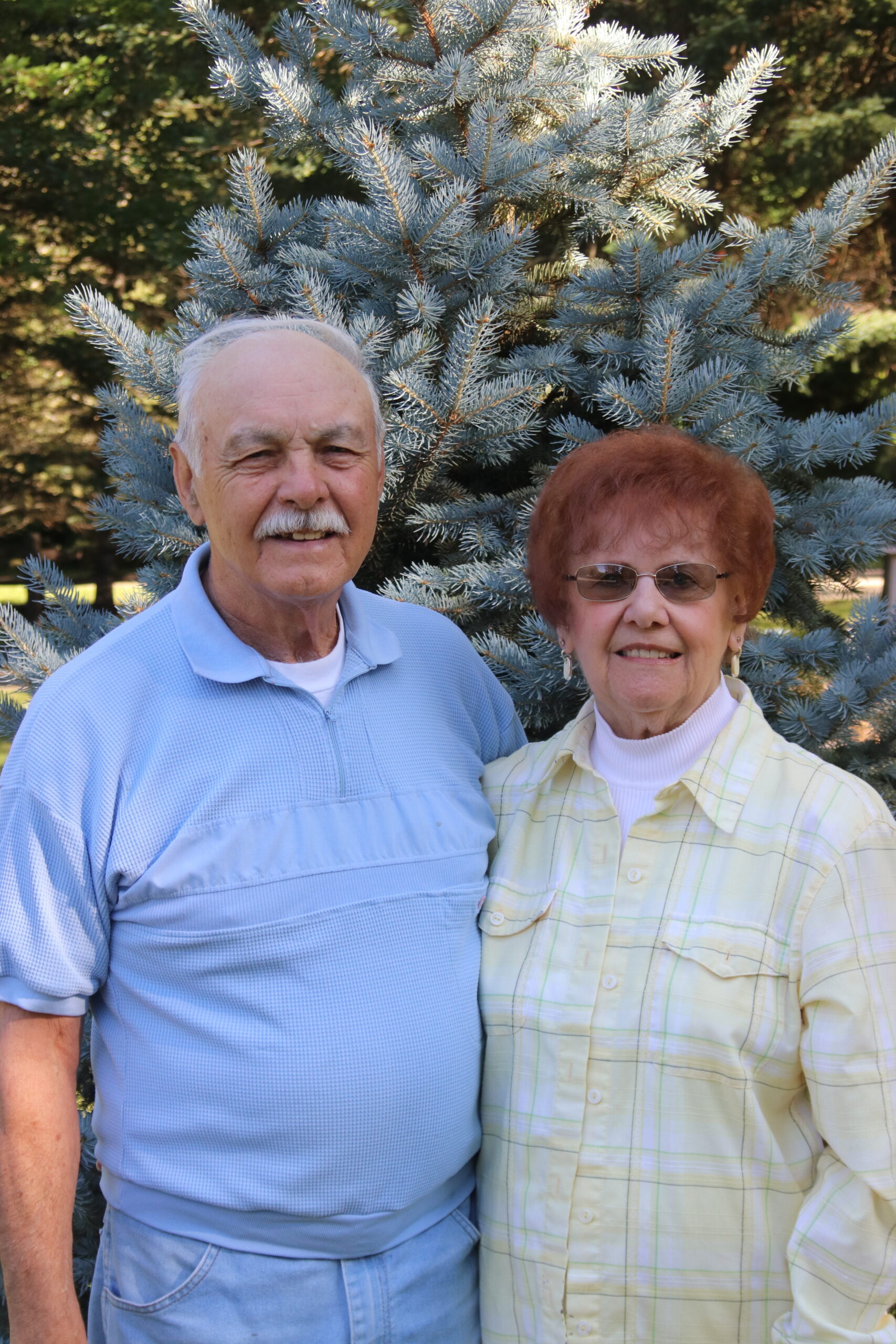 < >The couple, originally from Grand Blanc, were married July 27, 1957 in Clarkston, Michigan.

< >Glenn and Jan bought their home in St. Helen in 1986, and became permanent residents in 1996.< > < >Glenn retired from GM in Flint, and Jan retired from Carman-Ainsworth Schools in Flint Township.

< >They will be celebrating this occasion with a Sibling Weekend at their home and next door Guest House, in St. Helen

< >Waltz said the key to success in any relationship is communication.

Jan said Glenn makes things easy most of the time.

‘They always say to never go to bed angry. But I can’t say we haven’t done that. It’s just that you sleep on things and the next day they are pretty much resolved. It’s not that we don’t have our conflicts, we do just like any other couple. You just need to have patience. You have to talk it out and work through things. None of us are mind readers.’

‘You need to give each other a lot of space because there are times you need it. There is a lot daily give and take. And a whole lot of caring,’ she said.

‘He is just so easy going and laid back. He gets along with everyone. And I’ve had many people tell me the day I pass they will be standing at his doorstep with a casserole in hand. But I’ve outlived most of them.’

Finally, she said longevity plays a part. Jan is one of eight siblings. And three of them have been married at least 57 years.

‘When you’re married 60 years, you are older,’ she said. ‘But you don’t feel older, as if I could have a 57 year old son. But when you’re together this long you feel as if things are just going forward.’

The couple is celebrating the anniversary with a ‘Sibling Day’ at the end of the month. Six of her siblings and their spouses, as well as the couple’s grandchildren, plan to attend.