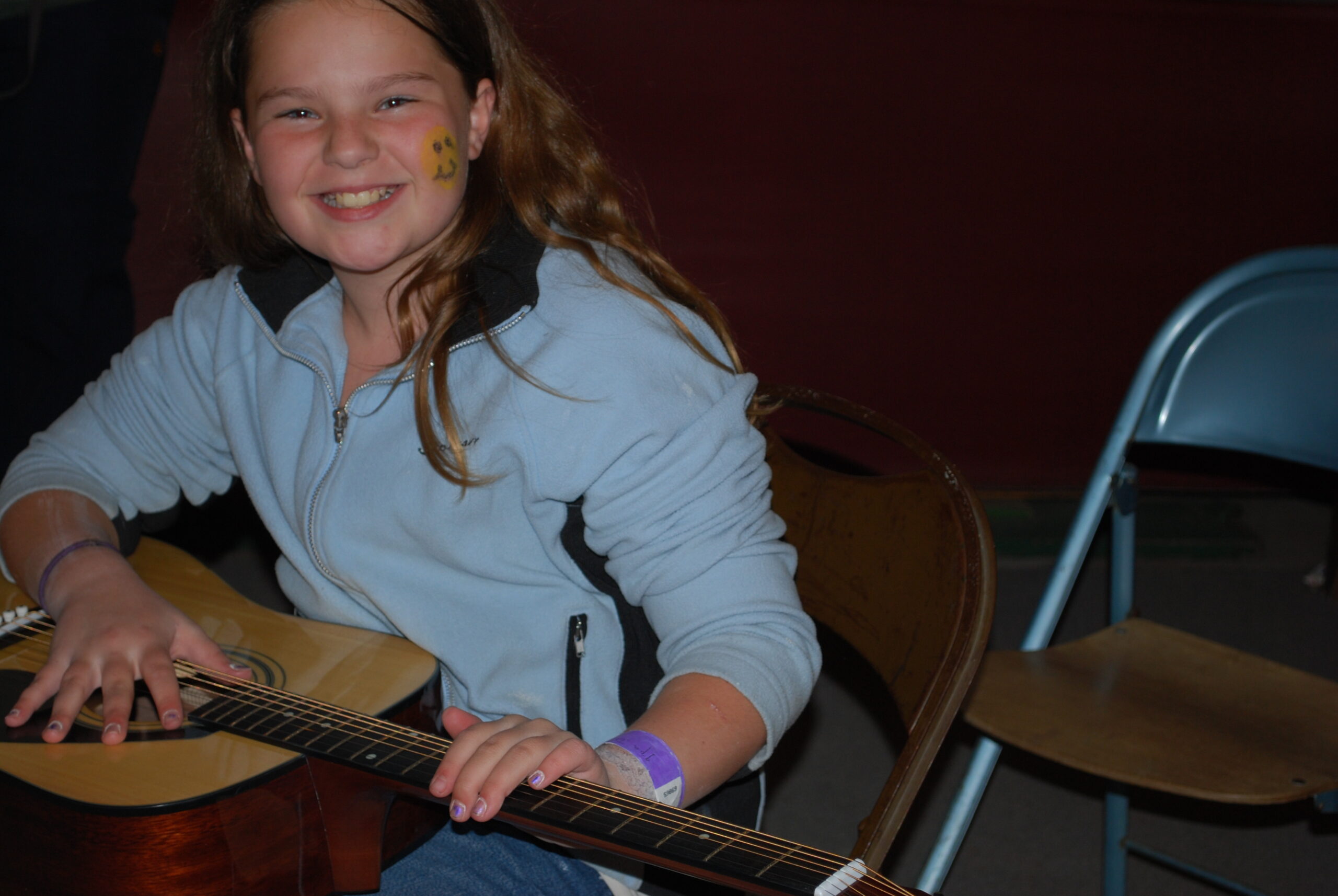 MIO – Every year since 2004, the AuSable Valley Nor-East’r Association of Folk (AVNAF) has given away free guitars to 12 Northeast Michigan youth through the Guitars for Kids program during their annual music festival, held each year at the Oscoda County Fairgrounds the second weekend in June.

Along with free guitars, children also have access to a variety of workshops and lessons designed to enhance the musical abilities of people of all talent levels.

‘One of the best things about the Nor-East’r Festival is the level of interaction between the performers and the audience,’ said Craig Carrick, lead organizer of the Guitars for Kids program. ‘We have these incredibly talented musicians and they take the time to sit down with the kids and teach them how to play. It’ just awesome to give children the ability to make a connection with music.’

Gus Matthews, 10 years old, of Mio, was among the children selected to receive a free guitar at last year’ festival. He later began taking guitar lessons and has since gone on to teach other kids how to play as part of his school music class.

‘The festival is a lot of fun,’ he said. ‘I’ve got to learn about playing guitar and bass guitar and it’ been really helpful.

In addition to the guitars and music workshops, AVNAF also gives two scholarships each year to college bound youth from Northeast Michigan who are pursuing majors such as music, theatre, or culinary arts. One previous winner, Heather Grace, currently serves as the city manager of West Branch.

‘When we started this event we really wanted to have an educational emphasis,’ said AVNAF President Buffy Carr, of Mio. ‘We wanted to benefit the local youth.’

This year’ festival will take place June 10-12 at the Oscoda County Fairgrounds in Mio. It will offer three stages of eclectic music including blues, bluegrass, country, folk, and rock performers. In addition to annual favorites such as The Blue Water Ramblers and Annie and Rod Capps, this year’ event will feature, for the first time, Magic Bus, a 60′ era review band.

A variety of classes such as songwriting, hand drumming, and introduction to harmonica are offered throughout the event as well as crafts and activities for children. Art vendors offer original, hand crafted work and a kitchen and food vendors have meals available throughout the weekend.

Meet AJ at the Dept. of Veteran Affairs

Riding for a Cause

Riding for a Cause – Area horse riders participated in a Poker Run, Walk or Trot to benefit the multiple sclerosis program at Brigham...
Read more
Oscoda Features

By Merianne Tappan MIO - Boy do I feel bad for all our seniors who came back from Florida! It seems that winter hit...
Read more
- Advertisment -